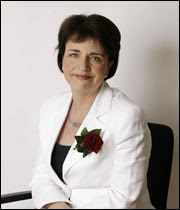 One year this blog has been going and how many blogs have we seen falling by the wayside in that time, coming back with a flourish and then fading away again? What's it take to keep at it, to be consistent and never give way to the blues? These eight bloggers could tell you.

1] Mr. Eugenides, the Golden Greek, is in love or else on the substances:

Reader, I have a confession. I am in love [with] Wendy Alexander. No, wait, don’t go. I’m serious. One sight of that diminutive figure is enough to send me into raptures of delight that I blush to describe on a family blog such as this. How shall I count the ways? Eyes, wide and bright like saucers of champagne, yet also dark and passionate as goblets of ruby Buckfast. A neck, slender and playful like a faun’s, framed by hair delicate yet supple, like silken ropes of song. Her mouth – the mouth that launched a thousand policy discussions – a mouth that seems to defy the laws of physics, that exists in four or even five dimensions, curving space and time around it into an exquisite event horizon of pure sensuality.

2] Jonathan Swift reflects on the passing of Antonioni and Bergman:

It's bad enough that so many of his films were in black and white and had subtitles, they were depressing, too. Taking a brave stand in favor of easy, pleasurable films Podhoretz declared, "You can only tell people to sit down and eat their spinach for so long," no doubt hearkening back to that life-changing moment in his childhood when he threw his bowl of spinach on the floor and demanded that his mother, Midge Decter, give him some ice cream instead.

3] Melanie Phillips has never been one to mince words:

And the idea that Hamas is not ‘ideological’ is ludicrous. Its aim is the Islamisation of the region. Its ‘grievance’ is the existence of the Jews. Has Sir Jeremy never read the Hamas charter? For that deranged document is straight out of the Nazi nightmare, stating in terms that the Jews are a cosmic conspiracy behind every single event the authors regard as bad (such as capitalism, communism and the formation of the UN). How does any civilised person ‘engage’ with that?

4] Stephen Pollard puts the real reason behind the killer kids and the ASBO generation:

5] Clive Davis thnks there are two sides to the NHS:

The treatment I had for a nagging shoulder injury bordered on the farcical – three ops, lost notes, contradictory diagnoses, an ever-elusive consultant and, towards the end, an encounter with a house-doctor who insisted that one of operations I´d had couldn´t actually have taken place because my shoulder didn´t show the “right” marks. (My notes had been lost again, so he had to go with his instincts.)

On the other hand, our GP is very good, my wife received excellent ante- and post-natal care with our three sons, and one of them has had brilliant treatment for a heart condition.

6] The Devil's Kitchen not only turned 30 but he is instrumental in a production up that way. Best of British or is that English? No matter. Here he clarifies that anyone with the word Higham embedded in his name is a fine fellow indeed:

Fitzhigham is one of those great English eccentrics; one of those people who enjoys undertaking lunatic stunts; such as travelling down the Thames in a paper boat or rowing a bath across the . He is infectiously enthusiastic most of the time: when recounting the achievements of his hero he is irridescent, his ever-orotund tones and manic eyes emphasising his points. In short, he was jolly good as usual, and he elaborated on as we had a drink afterwards.

7] Unity is the scourge of the right but one thing undeniable is that he does his homework:

There have been reports into the [7/7] bombings. None of these have been independent. And as time has gone on it has become obvious that much of what we were told was untrue. For instance, we have gone from being told that the bombers were unknown to the authorities (”clean skins”, as Charles Clarke, the then Home Secretary said in the wake of the bombings) to finding out through the “Crevice” trial that at least two of the bombers were known prior to July 7 th 2005 and that one of them, Mohammed Siddique Khan (the Edgware Road bomber) had been followed home by the authorities.”

8] From Voltaire to Dawkins, Vox Day shows that stupidity takes many forms: 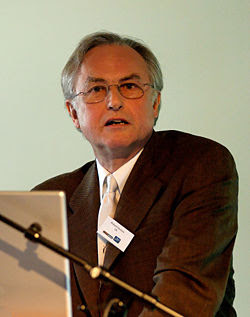 I have no objection whatsoever to the hostile tone in which Dawkins and Harris have framed the debate. (They're saying very little today that Meslier didn't write in 1729.) I love that bright lines are being drawn. What the New Atheists don't understand is that the derision they experienced before will be as nothing compared to what is coming. They will not be able to take the heat that is going to come at them from a thousand different directions, not with all their easily demonstrated logical errors and verifiable factual inaccuracies.

See you, hopefully, on Wednesday evening.

Inflicted on you by James Higham on Saturday, August 18, 2007