One last sax and Gretsch number for the evening

Steve Douglas and Duane Eddy - IMHO, the 50s can never be beaten in this genre:
https://youtu.be/296wS9ome4M
https://www.last.fm/music/Duane+Eddy/+wiki
Inflicted on you by James Higham on Wednesday, December 01, 2021 No comments:

Wednesday [17 till close of play] 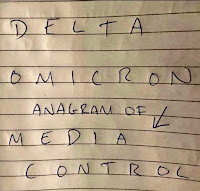 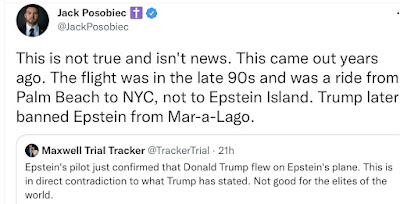 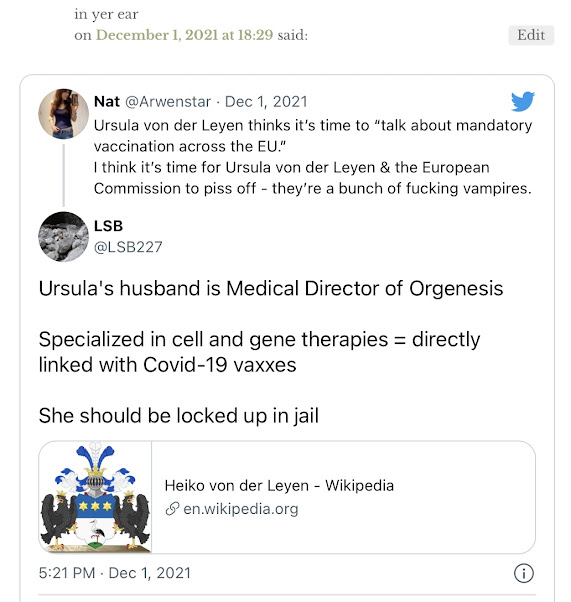 20.  Anything to this at Breitbart?

One America News (OAN) and Newsmax are backing Biden’s far-left, radical pick for FCC commissioner, Gigi Sohn, despite the fact that she and the organization she co-founded have called for the blacklisting of conservative broadcasters — including OAN. 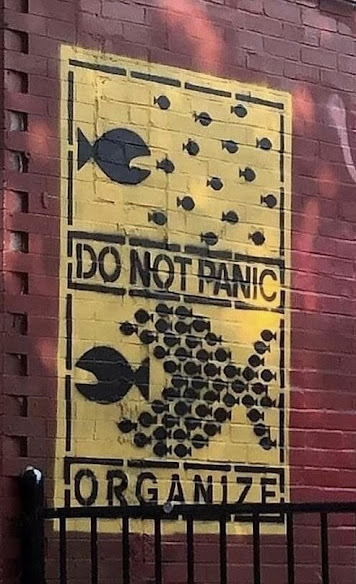 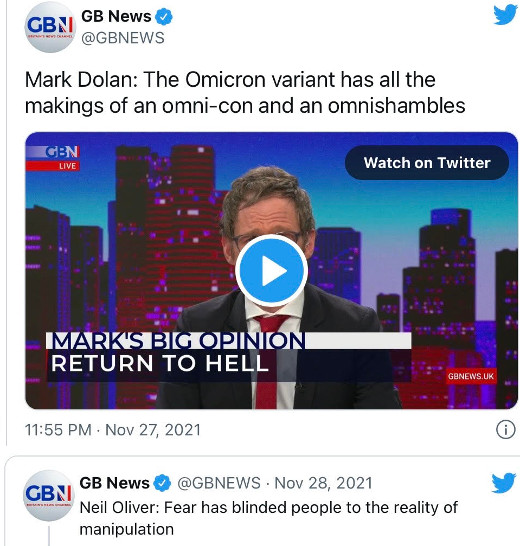 Inflicted on you by James Higham on Wednesday, December 01, 2021 4 comments:

The last word, 'nikto'  is not quite right there.  In Russian, it's certainly the right word but not declined that way.  That's the nominative above and one needs the accusative, which would be 'ni kovo' for 'no one'.
Why would the scriptwriters and others interviewed deny knowing what it was about - I remember news articles in the 60s about it and it was clearly understood by my mates that the word came from Russian.  However, if you read Wikipedia now, it's as if no one had ever said it.
Well, there was a very good reason - see the year of the film release, with the UnAmerican thing just starting up. Show you knew any Russian and you were on the list.  You were a possible Stalinist.
So, the writer quite possibly asked his 'friend' or control what the Russian was for 'nobody' and was told 'ni kto', nominative.  Writer goes away without going into the form of the pronoun.  Simple matter.
As for the film - weeelll, a classic, innit, of the genre.
Inflicted on you by James Higham on Wednesday, December 01, 2021 No comments:

Worked myself into a corner here - not enough politics to warrant two posts now and apres-film, so thought I'd do politics at 8 p.m. after the film and run the music now.  As for the jazz half promised, still one song short so shall hold that over for now.
Your task below, should you choose to accept it, is to compare these four hollow or semi-hollow body guitars for tone and decide which you like best of the four.  My choice becomes apparent further down.
https://youtu.be/AUligxyx0iE
https://youtu.be/ldiV2ag6_G0
https://youtu.be/IwFpV80ASjw
Inflicted on you by James Higham on Wednesday, December 01, 2021 5 comments:

It's not just a case of avoiding as much of the hyperbole as possible [as in the word 'awesome' above] but also avoiding the noise they think of as music which distracts from and ruins the voice.  Sometimes, one has a choice and so I went for the hyperbole in the title, traded off for no awful musical noise through the video.

Inflicted on you by James Higham on Wednesday, December 01, 2021 No comments: 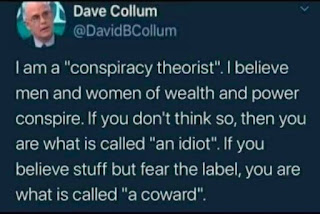 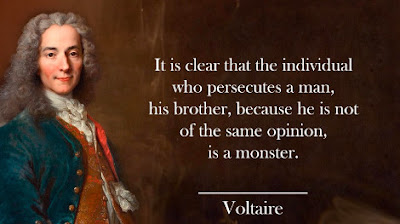 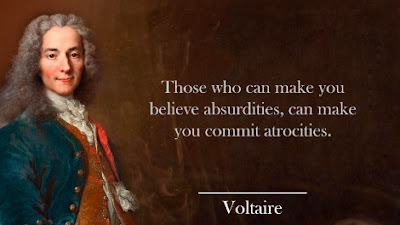 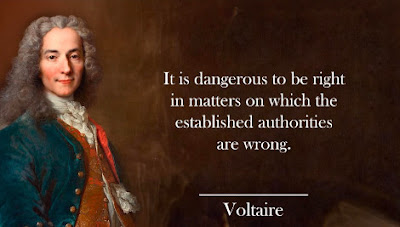 ... wrote to all gabbers today and these are a few of the remarks supporting his idea of a 'parallel economy', he quotes Václav Havel extensively.

Life in the system is so thoroughly permeated with hypocrisy and lies: government by bureaucracy is called popular government; the working class is enslaved in the name of the working class; the complete degradation of the individual is presented as his or her ultimate liberation; depriving people of information is called making it available; the use of power to manipulate is called the public control of power; and the arbitrary abuse of power is called observing legal code; the repression of culture is called its development; the expansion of imperial influence is presented as support for the oppressed; the lack of free expression becomes the highest form of freedom; farcical elections become the highest form of democracy; banning independent thought becomes the most scientific of world views; military occupation becomes fraternal assistance. Because the regime is captive to its own lies, it must falsify everything.

Havel even accurately describes the phenomenon of President Trump and the unfortunate outcome of his attempt to “drain the Swamp,” which ended with him “losing” in a rigged election and becoming a vaccine salesman on behalf of the Swamp itself.

In any case, experience has taught us again and again that this automatism (the Regime) is far more powerful than the will of any individual; and should someone possess a more independent will, he or she must conceal it behind a ritually anonymous mask in order to have an opportunity to enter the power hierarchy at all.

And when the individual finally gains a place there and tries to make his or her will felt within it, that automatism, with its enormous inertia, will triumph sooner or later, and either the individual will be ejected by the power structure like a foreign organism, or he or she will be compelled to resign his or her individuality gradually, once again blending with the automatism and becoming its servant, almost indistinguishable from those who preceded him or her and those who will follow.

Perhaps one of the most stunningly accurate things Havel describes is the Communist society’s utter lack of morality.

Yes, it does not work on morality nor ethics, on heritage or ideas of a book long vilified by secular authorities or else used by them for their own ends via pointy hatters who become High Church, not a church of kindred souls any more.

It becomes the bureaucratic banality of evil.

The reason Andrew Torba can oppose the authorities is that he bows to a Higher Authority, the authority in that book which is banned in many societies, and in ours is no longer mentioned by those in power, except publicly with lip service or privately with a cackle.

And that book commands him to love his neighbour as himself and do what he can to help his neighbour, i.e. the oppressed people.  Always remembering that charity begins at home.

Not only that but he is upbeat - sad about the situation but trying to find a way out of it.  However realistic that is is another question.  The thing is - he is neither demoralised nor cowed.

There is great power in belief and whether an evil belief such as an Indian god with many arms or a death cult, the result is slaughter and misery. When it is in the first four books of the NT though, the result is quite different until the authorities hijack it and have it mean something it was never intended to mean.  Even Pelosi quotes it as she goes about her nastiness.

There was a blog many years ago called God Free Morality.  Where is it now?  Same place as the dreams of the millennial narrativists or the Corbynites, innit?

What of our mainly secular readership here, fellow dissidents?  I say nuffink, do I, good people each one of them.  I do fear though that they might, some of them, become a little despondent like CC here:

Well of course they can't, CC, this thing is never going to be let go, ever.  In fact, Them will see the sheeple cowed and will double down like an Ardern, drunk on power.
Let's see Them try that on a nation of Christians though - you know, not the religious types but the people in WW2 who believed that civilisation and nation was about to be snuffed out by totalitarians.

Let's see them try it on that nation who at least vaguely believed in those things and thought there was hope and comfort in the darkest hour.  Andrew Torba at least believes that.

My body has an immune system.  I don't know how it works and it does succumb every so often, but then bounces back.  But cabal toadies [the other side] decided to replace that system with a man-made one.  Voila - observe!  Tower of Babel again.

Andrew Torba believes there is indeed an evil entity, just as he believes in a good entity - and he believes that that evil entity is in control of all man-made organisations - it tirelessly takes over, as do cancers.  Thus he has done as he has, for the reasons he has.

Just one more thing, Columbo.  Just as I wrote, "The reason Andrew Torba can oppose the authorities is that he bows to a Higher Authority,"  and every word of this is true - the outside door of this abode suddenly started shaking violently and I had to close the big window too.

Obviously just the strong winds we have today, let's move on.

This is it - saw it somewhere in Breitbart:

The European Commission will be “looking into” an internal document that advised bureaucrats to avoid terms like “Christmas time” to be more inclusive after the paper leaked to an Italian newspaper.

Inflicted on you by James Higham on Wednesday, December 01, 2021 2 comments: