19.  The long and not always winding road
https://dailytimewaster.blogspot.com/2021/06/friday-open-road_18.html
Pukey McVomit there today - woman who's mutilated herself with tattoos.  I bet she thinks she's kinda cool.  Yuk, ewwwww!
18.  Haiku corner
a.  It's in the url:
https://www.theregister.com/2021/06/17/ibm_autonomous_ship/
b.  Mayflower:
https://mas400.com/dashboard#currentLocation
[There was another one from the BBC on competing versions of the history of America.  Typical leftist claptrap - there are no competing versions - there is the American nation and that's that.  The leftist construct is a piece of bollox.]
17.  Quick break for coffee and cookies
Just that. Music coming up if I can think of any.  You have a lovely Friday and weekend now.
16.  DR with more
a.  Stuff's happening - dunno what exactly. Victoria's Secret = Les Wexner, the guy who "sold" J Epstein his mansion in Manhattan for $1. As if. Victoria's Secret changing
https://www.msn.com/en-us/lifestyle/lifestyle-buzz/victorias-secret-angels-have-been-replaced-by-a-new-vs-collective/ar-AAL9Wl5
b.  Context in this thread somewhat:
https://social.quodverum.com/@boatgirl/106427873401927410
c.  Also:
https://torontosun.com/news/world/how-bulls-t-artist-jeffrey-epsteins-seduced-victorias-secret-ceo
d.  In other Grisly Maxwell news: She's been awarded £13.70
https://www.dailymail.co.uk/news/article-9698441/Ghislaine-Maxwell-awarded-13-70-legal-compensation-pursuing-child-sex-abuse-victim.html
e.  For anyone not quite comatose re the to-ing and fro-ing of audit dramas: Lindell v. Dominion/Smartmatic: Exhibits Breakdown Part 4
https://uncoverdc.com/2021/06/17/lindell-v-dominion-smartmatic-exhibits-breakdown-part-4/
Meanwhile coronamania is still and always was a scam.
15.  Meanwhile, elsewhere in this sorry world
Epoch, FFS: 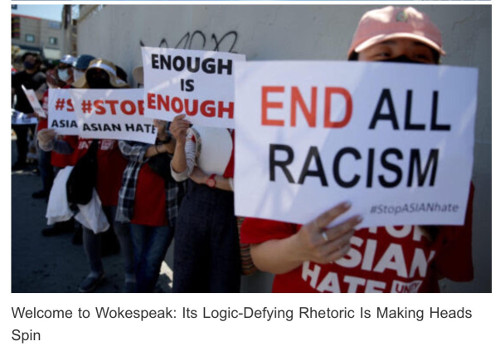 14.  Steve
The roadmap to enslavement - by Daniel Miller :
https://www.conservativewoman.co.uk/feeling-downtrodden-you-aint-seen-nothing-yet/
13.  This one's trickier to rant about 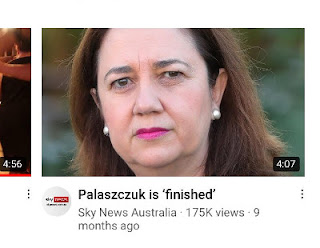 It was on youtube - who on earth is she?  First look is she is that typical appalling lefty female, a right feminazi, innit?  Awful woman, awful but the type who is put into power way beyond her comeptence level.  Just look at those eyes!  I bet she's fat too.
Seems she's the Queensland premier.  Now Queensland is a strange state, I had a wife from those parts at one stage - they tend to be rightwing with a vengeance and entirely without compassion.  Need to find out.
https://en.wikipedia.org/wiki/Annastacia_Palaszczuk
What the hell is someone with that name Premier of an Australian state for?  How?  Is she Polish?  Could I be PM of Poland?  Could I hell.  Ahhhh, so she's not National Party after all, she's bloody Labour.  That figures.
What's Labor doing in charge of Queensland?  Especially her?  However, that's not why she's "finished".  Apparently someone, a mother, needed to go to hospital but she was from another state - not alien, just from another state.  And this cow refused the mother treatment - mother and baby died.
Something like that, couldn't be bothered.  Sigh.
12.  In which I agree with the correspondent
I've been sent this about this stoopid thing I saw some snippets about:

Maybe we could have another "mother day".  I'd celebrate that.
11.  DR in the country
Let's run this again:
Interestingly I heard from a friend a few days ago who told me that homes out in the sticks here are becoming more popular because the lockdown has woken people up to the benefits of country living - having your own green space, growing some of your own food, minimum to no plod breathing down our necks or most of the other downsides of town/city living.
That in itself is counter to the not-so-great reset the globules of globalism hoped to achieve. Them are in their death throes imo but they are not going down without a fight so we must stay vigilant because any signs of complacency on our part will be taken advantage of by Them. If the net/grid is attacked which is a possibility then it behoves us to take a few precautions with regard to food and water.
No need to panic but due to the fact we live in the sticks and the lecky has been known to go down for over a week during storms or if we are ill and can't go out for supplies, we always have enough tinned food and bottled water for 10 days, plenty of logs and a camp stove in reserve.
And we've still got legs that work to walk into the next village to check on our friends. We managed before without all the technology we have become dependent on and we can do so again. It will just take the will to overcome and a bit of effort on our part.
10. AKH
https://akhaart.blogspot.com/2021/06/more-on-sheep-farming.html

Where was the alternative party?  Where were they?  The UKIP or TBP?  Where is the political voice representing us?!
Same old same old, innit - crash into the left bank of the canal, swing over and crash into the right, then for variety strike a beacon left of middle.  The actual safe canal, right of centre - it never occurs to voters to vote for this.
Inflicted on you by James Higham on Friday, June 18, 2021