[bizarre experiment] not so bizarre conclusion 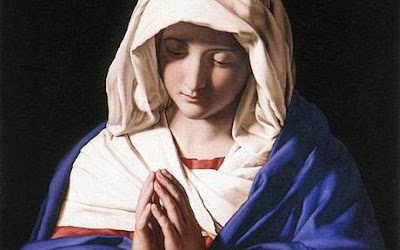 This blog usually tries to steer clear of just commenting on what the Telegraph or other MSM might be running at a given moment but this story requires a comment I don't think many would make.

Research at Oxford University has found believers can draw on their religion to endure suffering with greater fortitude, suggesting Christian martyrs may have been able to reduce the agony of torture or slow death.

Firstly, what is the point of the study and why the electric shocks? This immediately makes one smell a rat, as the shock approach is beloved of a particular type of people who enjoy the Joseph Mengele style of "research".

Secondly, it is attempting to reduce the physical to the metaphysical, the latter which just won't fit into the box and lie still. There is a contract that anyone who is actually Christian [as distinct from Sunday Churchgoer or Christian Right] enters into and it's spelt out clearly in Matthew and John.

It says that you can be redeemed by belief, not only because of the feeling of relief you get that you're actually going to make it to heaven but through the spirit, the third person of the trinity, actually flowing in like a lifeforce. All you need to do, it says, is believe that it is possible.

Almost no one in the MSM or the main blogosphere either dares or is interested in a kooky idea like that. Look at the adjective the Telegraph uses - bizarre. Yes, the experiment seems that way but in my eyes, it had an agenda. The paper mentions that the experimenters "hoped" for a certain result. I'm sure they did and they duly published it.

Does that make you suddenly believe in Christianity's ability to deliver on the Holy Spirit? Does it heck as like. For the majority, all it does is place the whole concept in the kook category in their minds, thereby putting another nail in the coffin of the "Cross superstition" [or so the shockophiles think].
Looking at society in general, you have to be pretty blinkered not to see the assault on Christianity from within and from outside [Winterval, banning the Nativity plays and so on] over the last decade and the obvious question is why this fixation with stomping out something they deny even exists? Why the Muslim fixation with it, for example?

The answer is that it delivers on its promise. So yes, there was a resurrection, there has to have been, as the results of it flow through to a few million worldwide on a daily basis. They're not going out preaching it but just living with the benefits day by day. It's always available if you should one day need it.

But look at the anger, the raised eyebrows and the snorts of bemused disgust such an assertion produces in people who like to deem themselves "rational", people who supposedly take all phenomena into account in their conclusions. This thing just won't die off, won't go away, will it? Non-believers trot out rationalization after rationalization explaining it away, sociological, psychological and other and those rationalizations hold up well when measured against physical phenomena.

Trouble is, you can't measure someone coming alive after three days and the power deriving from that, flowing into millions worldwide, in physical terms. It's like trying to measure Herbert's Dune and the life water or Star Wars' Force or the nature of electricity or why we actually "live" and are sentient, as distinct from being robotic. It is like trying to scientifically measure joie-de-vivre - it just won't fit into the scientific box.

It just is, as quite a few people dotted about here and there can testify to.
Inflicted on you by James Higham on Monday, September 29, 2008