[peabody economics] nothing ever changes

George Peabody set up shop in the aftermath of the 1837 panic:


Because of U.S. debt troubles, Peabody became persona non grata around London (after all, he had sold the Brits much of that debt). But that did not deter him. He bought the depreciated state bonds when they were trading for pennies on the dollar. When these bonds paid interest again, in the late 1840s, Peabody reaped a fortune.


Corsair, the Life of J.P. Morgan, tells us that the Panic of 1857 was caused by the collapse of the grain market and by the sudden collapse of Ohio Life and Trust, for a loss of five million dollars. With this collapse nine hundred other American companies failed. Significantly, one not only survived, but prospered from the crash.

In Corsair, we learn that the Bank of England lent George Peabody and Company five million pounds during the panic of 1857. Winkler, in Morgan the Magnificent, says that the Bank of England advanced Peabody one million pounds, an enormous sum at that time, and the equivalent of one hundred million dollars today, to save the firm. However, no other firm received such beneficence during this Panic.

Ron Chernow wrote that the Morgan munificence was reprised in the 1907 panic:


"In the following days, acting like a one-man Federal Reserve system, [J. Pierpont] Morgan decided which firms would fail and which survive. Through a non stop flurry of meetings, he organized rescues of banks and trust companies, averted a shutdown of the New York Stock Exchange, and engineered a financial bailout of New York City."

Morgan is always at hand through the majority controlled Federal Reserve [read July 14, 2008 here] and its close association with the FOMC in altruistically helping out in times of crises, which seem to pop up quite regularly. Morgan seems to be particularly astute in predicting crises and preparing for them - what of the gold swaps?

Inflicted on you by James Higham on Monday, September 29, 2008 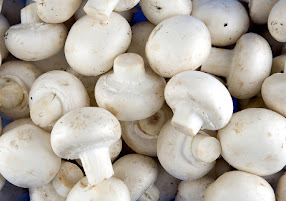