[micro-control 7] uninvited, beyond authority and opaque 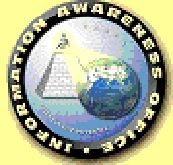 The greatest problems facing this post are where to start and how much to include of the sprawling mass of emerging material on Newthink and the NGOs.

The thrust of this post is to highlight aspects of both, especially concerning web control. which permeates policy determination. It's not highbrow – you can follow it quite easily.

I'll start with an interesting meeting held by the Scottish Arts Council.

The Scottish Arts Council (SAC) organised a quiet event for an audience of 'arts managers' in Glasgow on 14/4/99. Called "Facing the Future," this took the form of a lecture by Ian Christie, then director of think tank 'Demos'.

After an obviously unwanted debate (chaired by Mrs. Jack McConnell, Labour Party) in which the audience clearly did not accept what they were told, the final words from Seona Reid (then Director of the SAC) conveyed the impression that some form of transaction had taken place, that "SAC was working to ensure the arts were incorporated into the range of Government policies - but arts organisations and artists needed to play their part in making this a reality".

Christie made reference to “reality fabrication” which had also been the purpose of another Christie talk, "A New Agenda for the Arts" which was that there was no need to form an arts policy distinct from that dictated in London. If "autonomous Scotland" were to follow the government line Scotland would be the "envy and fascination" of the rest of the country.

This is a key aspect of the new policy thrust – the interconnection of groups and individuals within those groups. An example is Demos, a non-governmental think-tank, according to themselves.

The founder and Director of Demos was Geoff Mulgan.


A Cabinet Office news release of 1/9/00 announced the appointment of Mulgan as Director of the 'Performance and Innovation Unit' (PIU):

"The PIU's aim is to improve the capacity of Government to address strategic, cross-cutting issues and to promote innovation in the development and delivery of policy and in the delivery of the Government's objectives. The Unit reports direct to the Prime Minister through Sir Richard Wilson."

So Demos is non-governmental? Technically, yes.


"Mulgan has worked since 1997 as a Special Adviser to the Prime Minister on social policy issues...responsible for social exclusion, welfare to work, family, urban, voluntary sector and other issues...


We now live in a world in which fantasy and reality are hard if not impossible to distinguish. Information is the raw material of both fact and fantasy, and has been so industrialised that its origins are rarely visible. Now it can be manufactured, twisted, multiplied and disseminated almost without limit.

Assisted by the power of computing, it can be created as if from nothing: tailor made to cognitive needs, put together as pastiche or copy. It needs only minimal reference points. The links between it and an objective reality - the claim of positivism and enlightenment - are ever more tenuous. As a result for the receiver there are few grounds for judgement, apart from received authority or limited experience.

Simon, on 07 November 2007, noted this about another Demos member, Julia Middleton:


In her book Beyond Authority, Middleton argues for a leadership style that enables [Common Purpose graduates] to lead beyond the traditional boundaries and constraints of their organizations. This of course means beyond the constraints of democratic accountability, whether at local or national level.

As Peter Mandelson, former Communist and European Commissioner put it in March 1998: "It may be that the era of pure representative democracy is slowly coming to an end."


Demos and the officially unconnected other bodies emanating from the policy thrust have become very interested in Semantic Web:


For instance, text-analyzing techniques can now be easily bypassed by using other words, metaphors for instance, or by using images in place of words. An advanced implementation of the semantic web would make it much easier for governments to control the viewing and creation of online information, as this information would be much easier for an automated content-blocking machine to understand.

In addition, the issue has also been raised that, with the use of FOAF files and Geolocation meta-data, there would be very little anonymity associated with the authorship of articles on things such as a personal blog.

The web gurus have become involved in this as well:


But at present there is no easy way to take into account the policies that govern the use of information, some of which could be sensitive health data, said Nigel Shadbolt, professor of artificial intelligence at the University of Southampton and the incoming president of the British Computer Society.

One initiative to provide better data transfer has been John Poindexter's TIA [note the logo in the top left corner of this post and see if you notice anything interesting in the design and choice of colouring]:


Total Information Awareness - a prototype system -- is our answer. We must be able to detect, classify, identify, and track terrorists so that we may understand their plans and act to prevent them from being executed. To protect our rights, we must ensure that our systems track the terrorists, and those that mean us harm. h/t Ian P

John Poindexter was Vice President of Syntek Technologies, a government contractor. Syntek and Poindexter worked for years with DARPA to develop Genoa, a surveillance device that's a combination cutting-edge search engine, sophisticated information harvesting program", and a "peer-to-peer" file sharing system. Kind of a military-grade Google/Napster for use in instant analysis of electronic data.

One of the rationales for Total Information Awareness is that unregulated data on the web is subject to "capture" and exploitation by unscrupulous groups:


"In order to... fully realise the benefits of combining registration of life events in England and Wales and the issuing of passports, it is sensible that the IPS and GRO should be part of the same organisation."

These "registration of life events" - Ian P explains that this relates in some measure to the Office of National Statistics' idea of "through life records", which were intended to take the basic and relatively uncontentious matter of birth, marriage and death registration and flesh it out into a continually updated life record.

And let's add to this:


Plans to add fingerprints to UK overseas passports are under way, despite the cost and complexity involved in gathering biometrics from UK citizens across the globe, a parliamentary answer revealed last week. Passports issued by the Foreign & Commonwealth Office are already "biometric", but only in the somewhat minimalist sense required by ICAO - the addition of fingerprints, however, would pull overseas UK residents into the National Identity Register net, closing off a prized but little-known escape route.


Alongside these Byrne offered faster Criminal Records Bureau checks via ID cards, use of ID cards and/or the Identity & Passport Service's identity verification service for checking the employment status of foreign nationals, the prospect of ID cards being used for proof of age when shopping for alcohol, knives and solvents, the biometric visa programme, and ID-related projects with the Department of Work & Pensions and the Government Gateway to be unveiled next month.

Which are being promulgated at a time of continual data loss. A more recent example is the loss of Child Endowment records in the last two days.

Back to Total Information Awareness and the need to regulate the web – this is also evident in the setting up of the Media Standards Trust [you might be bemused by their own stated connection with George Orwell:


The MacArthur Foundation – famed for its ‘genius grants’ – has just awarded a grant of $350,000 to the Media Standards Trust and the Web Science Research Initiative to develop their plans for “authenticating news” on the web. In other words – unregulated political assertions by bloggers need to be authorized.

The plans are based on an idea originally conceived by Sir Tim Berners-Lee, inventor of the world wide web, and since developed by the Media Standards Trust.

Now, about the major funder MacArthur:


John D. MacArthur (1897-1978) developed and owned Bankers Life and Casualty Company and other businesses, as well as considerable property in Florida and New York.


The Fellowship has no application. People are nominated anonymously, by a body of nominators who submit recommendations to a small selection committee of about a dozen people, also anonymous. The committee then reviews every nominee and passes along their recommendations to the President and the board of directors. The entire process is anonymous and confidential. Most new MacArthur Fellows first learn that they have even been considered when they receive the congratulatory phone call.

More on the Web Science Research Initiative (WSRI) here. More on the MST:

Sir David Bell is Common Purpose. As is Julia Middleton. CP comes out of the ODPM and is a Prescott initiative, that is from a “Minister' with no portfolio.

The attempt to control the web in Europe finds criticism from an, at first, seemingly unlikely source:


US ambassador David Gross remained equally unimpressed. "It seems to me to be a potentially historic shift in policy by the European Union to be a much more top-down, 'governments should control technical aspects of the Internet' approach," he told us. "Something that as you know is not the policy of the United States."

The EU has also been urging both data sharing within the union, i.e. inwards towards the commission:


For example, there are European Union directives that require that government information be made available in a general way for reuse.

Also concurrent is the EU directive that data cannot be concealed by member states from the Commission - in the interests of transparency, they maintain:

The house of Lords European Union Committee's 40th Report of Session 2005/6 had grave concerns over EU these data sharing activities and data protection:

Electronic inclusion is a new buzzword. The idea is that many people in the lower and less accessible groups in society should be encouraged to communicate electronically, thereby registering with the electronic database:

In line with governmental recommendations on service transformation, that unnecessary contact between public and government should be reduced, the less accessible are advised that they should use an ICT device instead:

To assist these unregistered plebs [who must, by definition be stupid], to understand what an ICT device is, it's explained in some detail that one such device is the telephone:

Another initiative is OCAM, which proposes keeping lists of journalists and other political commentators. This is called an "open commission" for accuracy in the media, which is pure doublespeak by this genre of people:

And so it goes on and on. Dizzy, whilst also tracking down the Media Monitoring group, sums up the overall situation in his comment on the government's breaching of their own data protection guidelines:


What's important to point out here is this is not about saying you think Gordon Brown and the Labour Government are secretly trying to enslave us all in an Orwellian nightmare with the ultimate aim of destroying democracy. No, this is about asking whether the proposal passes the Stalin Test. Would someone like Stalin have found a system like this useful?

Inflicted on you by James Higham on Friday, November 23, 2007