[scherf] and the problem of scholarship 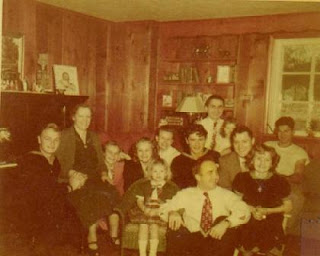 I've just been wading through* a long, rambling* document from the Idaho Observer about George H. Scherf and it's not the content itself but the issues of scholarship I take issue with.

In a nutshell, George H. W. Bush and Scherf are one and the same person, i.e. Bush is the son of a Nazi. That's the contention.

My issue with this is not whether he is or isn't - I think it's entirely possible he is and it would certainly explain a lot and is consistent with what I know of the powers that be in America but I am quite sure that this author has not proved it.

Big on detail and quoting substantial references, the document initially impresses until one realizes that the most detailed attribution is that which anyone might have made. The assertions underlying the whole piece though are rather more poorly supported.

The author, Don Nicoloff, goes to great lengths, including photographic evidence, to support the contention that Hitler's offsider Otto Skorzeny, Martin Bormann, Reinhardt Gehlen, George H. Scherff, Sr. and George H. Scherff, Jr. were all connected and the photo alone admits that. He then leaps* to:

Nicoloff then inserts the section:

What you are about to read is another step beyond research … the various leads … have been followed up and tend to support what, at first blush, would appear to be the unbelievable rantings of an embittered old man.

"What you are about to read" is an immediate red flag for me, along with capitalization and the use of adjectives. That the author finds it necessary to tell the reader what research is:

… systematic investigation into and study of materials and sources …

is another red flag. He goes on to trivialize the financiers' control of power with talk of "ruling the planet" and then brings Nicola Tesla into it:

Since Tesla was often buried deep in research at remote labs, many of his financial and legal affairs were supervised by his closest associate, George H. Scherff.

Where he is on safer ground is in the anomalies surrounding the Bush family history, for example:

The Bush family “history” claims that the young “attended the ,” also in . The problem with this claim is that there was no in in 1900, nor for most of the 20th century.

He gives a lot of detail and almost establishes that the Bushes lied through their teeth about who was born where and to whom. He also shows that Scherf also had fictionalized details in his background upon entry to the .

From this, Nicoloff concludes that Bush is Scherf.

Pity really, as I think he really was onto something and if he hadn't seen fit to embellish his hotchpotch and had stuck to the anomalies - these might have been sufficient to raise the eyebrows.

But like many conspiracy lovers on the net, he couldn't resist the temptation to insist, to talk down to the reader to reveal secret information to which only he was privy and to punctuate his work with largely irrelevant tracts on Nazi criminals and the Jesuits and so on without first laying the groundwork.

What do I get out of it? That the Bush background is quite murky and conflicting - yes. That the seemed to bend the regulations with certain individuals - yes. That the Nazis wished to infiltrate - yes. Paperclip is in keeping with this. That Scherf is Bush?

Maybe but certainly not from this document.