As far as Hancock was concerned, anyone who fundamentally disagreed with his approach was mad and dangerous and needed to be shut down… Aided by the Cabinet Office, the Department of Health harnessed the full power of the state to crush individuals and groups whose views were seen as a threat to public acceptance of official messages and policy. As early as January 2020, Hancock reveals that his special adviser was speaking to Twitter about “tweaking their algorithms”. Later he personally texted his old coalition colleague Nick Clegg, now a big cheese at Facebook, to enlist his help. The former Lib Dem Deputy Prime Minister was happy to oblige.

Such was the fear of ‘anti-vaxxers’ that the Cabinet Office used a team hitherto dedicated to tackling Isis propaganda to curb their influence. The zero-tolerance approach extended to dissenting doctors and academics. The eminent scientists behind the so-called Barrington Declaration, which argued that public health efforts should focus on protecting the most vulnerable while allowing the general population to build up natural immunity to the virus, were widely vilified: Hancock genuinely considered their views a threat to public health. 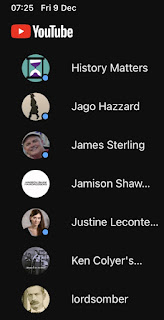 James S here is Tuba Skinny, Jamison S is a hair studio I've done stills from, in Atlanta. Justine S I've run before, on fashion.  This is one of hers: 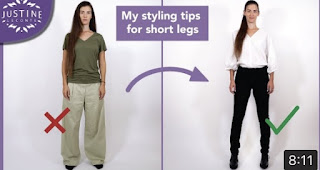 I've become less enamoured of this Parisienne over time because of the innate female bias towards Woke when she's essentially apolitical (all for fashion) but she's ok.  Until this: 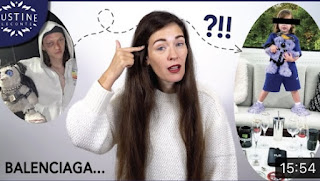 The blurb which went with it asked, "Did they mean it?"
(0945) Toodles just awoke in the middle of her night to send this:
“Glanced at the fashion thing you wrote. You are wrong about Justine. Check her out. I saw that vlog the other day.”
I’m assuming Toodles means that I’m wrong that Justine does not address it, so let’s explore.
This is it:
https://youtu.be/GOctvEvvFOA
At 12:53, Justine deals with the apology but as she knows no backstory to this particular item as, say, PD and those at this blog do, there’s no outrage, and that’s the key point about Justine … lack of outrage, despite “researching” it, as she says.  As someone inside the industry herself, which sources did she “research”.
Lara Logan, as a counterpoint, knows the industry is rotten in its organised form, from experience across a range of industries, LL was not referring to the small independent like Justine.
Justine accepts that there was dishonesty with this Bal company and others like Kardashian but she does not address the whole satanic creepiness, it’s highly organised nature, with tentacles into many spheres protecting it (see Lara Logan on it). She cannot address it as she’s inside the industry, working, she is apolitical except for a natural urban left leaning (Parisienne), which does come through (I’ve been following her vlogs for years).  Thus she does not come into this from the same direction as Lara Logan, whose sources are quite different.
Tone is vital in this. When someone knowing nothing of such things confronts them, what’s her first reaction? Obviously disbelief.  To be fair, Justine started exploring, though not from our sources. What was her second reaction?
To answer this, look at her last couple of minutes, as that’s where you find what a person’s deep down view is.  In her final statement, she says she knows people in the industry completely straight, good people (including her, no argument from me) but the tone is defensive, covering derrieres … no no, it’s not me, I’m not invokved in that and I resent being lumped in with the sickos.
That’s a fair reaction but it is most certainly not the one most people have … many, many ladies have written about being sickened by what’s happening to children.  Not Justine.  She stresses, to the very end … it’s not me, not my friends.
Do you see where this is going?  Look at the reactions of two people in her comments thread: 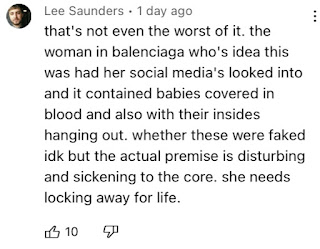 I’m sorry but Justine did not address the utter depravity, she touched on it, alluded to people doing it, but the overwhelming impression was that she was more into damage control, as is seen at the end.  She was not in tears, not outraged like other women commenting online (some of whom I’ve quoted).  She does not address this in the least:

All right, that was that, then I moved onto the hair vlogs:
All right, I've looked at a smattering of these hairstyle tutorials, mainly because the patter puts me to sleep and the ladies are soft.  This is a typical model: 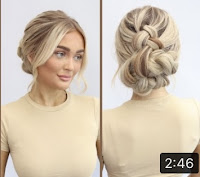 I'd noticed, yes, the tatt on the hairdresser's wrist, writing here that it seemed drawn on ... you see my own bias, wanting it to be so, to be all right. I'd never explored, although one reader pointed out, with one video, that the model seemed young. I put it down to being a daughter or whatever.
This time I explored and found this: 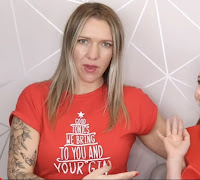 That's a child there, the hairdresser has rainbow regalia hung up as Christmas decoration, the whole thing is off. How did I never see it before?
Compare that to a real woman who has not slid into this mire, where evil has not yet crept in: 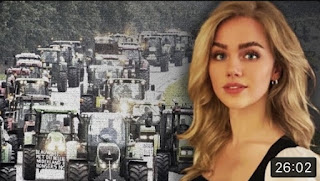 ... though she's reporting on it in her native Netherlands.  Fairly sure she's a real female, not hiding a grafted on tadger.
Inflicted on you by James Higham on Friday, December 09, 2022