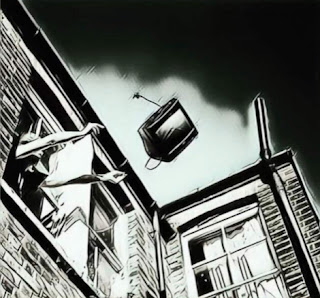 3.  David Vance
Anti ship missiles to save us from world famine?? The absolute state of the British Media.
https://www.dailymail.co.uk/news/article-10834327/U-S-aims-arm-Ukraine-advanced-anti-ship-missiles-fight-Russian-blockade.html
https://www.dailymail.co.uk/news/article-10834327/U-S-aims-arm-Ukraine-advanced-anti-ship-missiles-fight-Russian-blockade.html
American anti-ship missiles could help avert global food shortage by breaking Russian blockade of Ukrainian grain
Ah, let me see if I get this - in order for us here in Britain to avoid food shortages, we have to avert grain to Africa issues by sending missiles?  Got it.
2.  Man from just off the A35
a. Clanet Povid (Intellectual Courage Edition):
Mike Yeadon has been proved right – we have been lied to
https://www.conservativewoman.co.uk/mike-yeadon-has-been-proved-right-we-have-been-lied-to/
... and six further items here.
1.  DAD
Saturday's selection
a)    The 'Mail' become more divided than ever.
a1)    Climate change is nonsense.
It publishes this video.....
https://www.youtube.com/watch?v=bfNamRmje-s&amp;t=56s
a2)   But also...
https://www.dailymail.co.uk/sciencetech/article-10836763/Climate-change-deprive-sleep-study-says.html
Inflicted on you by James Higham on Saturday, May 21, 2022