9.  Interesting sounds
Quite liked these - first is a train klaxon:
Second is an elevator [lift] ding dong:
8.  From LDS today

We are told a lot about the upsides of Covid vaccines but rarely discuss the risks. Fox News host Tucker Carlson has taken it upon himself to ask how many Americans have died after taking the vaccine.

Here is a transcript of part of the video.

How many Americans have died after taking the Covid vaccines? Not Americans who’ve been killed by the virus, that’s a huge number, but how many Americans have died after getting the vaccines designed to prevent the virus? Do you know the answer to that question? Do you know anything about the downside? We know a lot about the upside of the vaccine. We’ve been completely in favor of vulnerable people taking vaccines.

But what about the potential risks? You’d think you would know more about that than you do. We talk about vaccines constantly, not just on this show, but in this country. Joe Biden was on TV yesterday talking about vaccines. He wants you to get one. Everyone in authority wants you to get one. In fact, you’ve probably already had your shot, and good for you. If you haven’t had your shot, you’re under enormous pressure to get your shot. You understand that soon you may not be able to fly on commercial airplanes or go to work at the office or send your children to school if you don’t have the shot. Meanwhile, the social pressure is enormous. Friends may have already informed you that you’re not welcome at their parties or weddings if you haven’t been vaccinated. There is a lot of pressure to comply. At some point, you probably will comply. It’s just too difficult not be to vaccinated in this country.

But before you make the appointment: do you know anything about the potential risks? Probably you don’t know much.

You may not like Craig Murray, but this is a very interesting story about negotiating fishing rights between France and the CI well worth a read and much more enlightened than the current muppets.
https://www.craigmurray.org.uk/archives/2021/05/channel-islands-fisheries-and-abuse-by-tory-jingoism/
6.  Something about the election yesterday
If you want someone right into it all - who won Hartlepool, does it mean victory for Corbyn and Momentum - out with one lot of commies and in with the other, failing both the Johnson global communism - yawn, it ain't me, bebe. 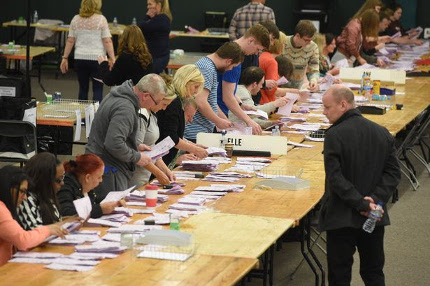 Distant Relative is ill, courtesy of the masks in France - we seem to be a bit better off in our neck of the woods.  May I suggest the bandana folded in two, it allows of far more freedom.  Two in a pack, wash and disinfect, use sparingly.
May I also suggest eat only that prepared with your own fair hands?  Very uneasy here suggesting that because the pubs and restaurants need all the people they can get and besides - the chemicals in even fresh produce have who knows what in them?  Sausages have who knows what today?  But they have to be better than ... well, I'll shut up about it now.
https://order-order.com/2021/05/07/dr-paul-williams-this-was-your-by-election/
Inflicted on you by James Higham on Friday, May 07, 2021