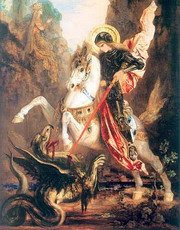 Further to yesterday's post on the EU and Common Purpose, it's good to see it picked up on in a number of places.

John Trenchard has also done so and he mentions Englisc Fyrd 's work and that of others.

And yet another blog has noticed CP. This speech by CP head honcho Julia Middleton. And I quote:

No region and no part and no part of any country are ever going to go anywhere until it manages to engage the talented.

The other day I was in a meeting in Belfast, I have no idea how I ended up in this meeting. It was a really wonderful meeting with about fifteen people there. When we were really getting going there was this little jerk in the corner, who kept piping out “What is your legitimacy?” and we all said “just shut up” and we kept on going.

Anyway, he went on and on about our legitimacy to such an extent that in the end I turned to him and said “Let me just be absolutely clear that at this meeting we are not trying to allocate any public funding, nor are we trying to make any public policy.Actually in this meeting are the fifteen people that are the only people in Northern Ireland that have done anything for the homeless in Northern Ireland for the last 10 years. That is our legitimacy and it is a totally compelling and overwhelming legitimacy”.

Note the sleight of hand - the legitmacy question wasn't directed at the 15 people. It was directed at Julia Middleton and Common Purpose. Note the disdain for dissent - "just shut up", "jerk". That says a lot.

and then the anti-democratic agenda stall is laid out:

I believe with a passion that there is a democratic space. There is an enormous space in it for politicians. They call the shots. They are accountable. That is right and proper. But there is another space for leaders of civil society.

That is the thing which permeates the whole business - this preparedness for unelected "leaders" to step in and take over key functions in the former UK. This is the attitude of disdain which permeates Common Purpose and that arrogance cannot have no foundation. I mean they must feel reasonably confident that the plan is going swimmingly to speak in that tone.

People, this is what our parents fought in WW2 - the destruction of our country by a European power and in achieving that end, as any historian knows, it used quislings.

Only this time the quislings are home grown and come right out of the ODPM. Do read Bukovsky's take if you haven't already done so and realize this is not science fiction but parliamentary funded action within our land and within a greater and ever expanding Europe.

Why would Milliband speak of the EU super-state not being an EU super-state, not at all, no way, unless that matter had been very much on his mind? Well, this "little jerk in the corner" - Higham and many other little jerks - are going to keep asking: "Where is your legitimacy, Ms Middleton?"

Parker Joseph ran a piece on Common Purpose being referred to in Brown's speech as part of his plans for Britain but a strange thing happened. As Ian said:

You can view the current version on the No.10 Website here, where all references to Common Purpose have now been removed. You can view that Cache version here, but I am going to reproduce it in full in case it 'disappears'.

He then does so here.

Now if there was nothing untoward in mentioning Common Purpose, why then was it removed from the later version? These little questions are minor but their sum total point in certain directions which really should be taken note of by the UK blogosphere.

And what of this, also noted by Parker Joseph - this is just outright illegal. Common Purpose and Deutche Bank - Teachers Pack for campaigning in the Classroom. If you can spare [waste is a better word because it's such pap] a few minutes, please peruse it.

When are the mainstream UK bloggers going to pick up and run with all of this? Who cares about Clegg and Huhne's little scrap? Let's get moving on what is happening in our country while we still have it.

Sorry to be such a little jerk. Now I'll retire to my corner again and mumble at myself.
Inflicted on you by James Higham on Tuesday, November 20, 2007