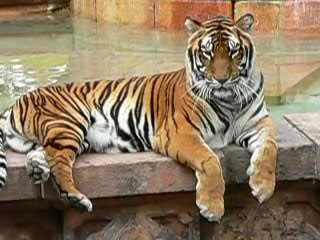 I think I have a Tiger and it looks as if it might have been a good move:

Soon after the long-awaited $158 operating system upgrade went on sale on Friday, Apple's online technical support forum was hit with a deluge of complaints from buyers who said it crashed their computer.

Others, who had more success at installing the upgrade, have already broke free from the Mac platform, releasing a hack allowing Leopard to be installed on regular PCs sold by other manufacturers.

Those whose computers were crashed by Leopard reported that, when rebooting their Mac towards the end of the installation process, their computer locked up and they were greeted with a blue error screen. It has already been compared to the infamous "blue screen of death" error that was common with earlier versions of Microsoft Windows.

Oh dear and my problem seems to be that the cable people won’t come and put it in.

Of course, True Maccies are having none of that and would like you to know just what the Leopard can do.