Return of the Strap and Cane? 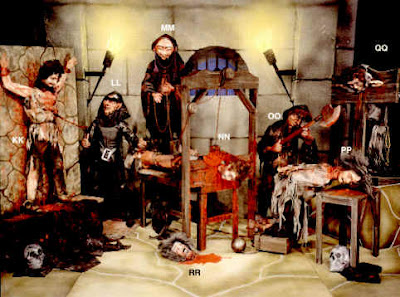 This has got to be a subject that James would have strong opinions on as a former Headmaster.

Ever one with a strong opinion, given his religious training and previous job as a Priest, Australian Federal Health Minister, Tony Abbott, has weighed in in favour of the whack of the leather and the crash of the cane in restoring discipline to out of control teens in Australia's schools. Several high profile cases of violence have been shown on television and on YouTube and in an election year, it is obligatory that politicians comment on the issues of the day.

I strongly doubt that it will make the slightest bit of difference.

My own personal experience was that the teachers who were respected hardly ever had to use corporal punishment in the classroom. The one's who used it most were either ineffective or very permissive teachers.

My brother, had the record for his year for the number of times he was belted in class. It was like a badge of courage as he took it to the teachers. He actually had a collection of belts at home, taken from teachers drawers, prior to baiting them to belt him. I on the other hand was the quiet type and only got belted twice, once for chewing gum in class and another for a minor incident that four people, including myself were held collectively responsible for.

In neither case did the presence of corporal punishment make the slightest difference to behaviour. In fact for my brother, it was likely a motivation.

I think you have to look to families to make a difference. It seems that this responsibility is being abdicated by many, leading to disrespectful behaviour in the classroom.

The other alternative may be to go to stronger measures as suggested in the photograph.

This is an edited version of the original post on my blog Adelaide Green Porridge Cafe.
Inflicted on you by Colin Campbell on Sunday, June 17, 2007