[climate change] it's the water which concerns me 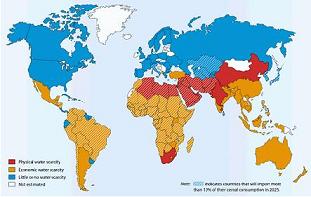 Global warming will create at least 1 billion refugees by 2050 as water shortages and crop failures force people to leave their homes, sparking local wars over access to resources, Christian Aid agency has said.

I'd concentrate more on the water crisis because that's the one I now believe will fall into governmental hands to use as leverage on the population. I don't mean overall water but drinkable water. Drinkable water will become like gold.

Please read this if you haven't already done so. And this.