# His blog attempts something to which I would never aspire. It is a one-man magazine. Not only does he blog about a wide range of subjects, sometimes individual posts cover a lot of ground! His is a magpie mind and nothing human is alien to him. [Tom Paine]

# James Higham’s prodigious work rate leaves most of us feeling like arthritic old stonemasons. His range of interests is huge, and generally, he lightly dusts his eclectic posts with his points of view, rather than browbeating us with rants. [The Tin Drummer]

# The Higham fellow is a pathetic, sick individual. He embodies every bit of superstitious belief, ritual, taboo, violence, viciousness, exploitation, and ignorance of any creed known to man. What an ignorant philistine he is. Imprecate vocabulary always is. [Tovarishch Will]

# A kind and thoughtful chap, he prepares little digests of the blogging world and now does, heroically, three of these offerings every week. [Tiberius Gracchus]

# If you haven’t visited James before, he’s well worth a look. This blog covers an eclectic range of subject matter; just this week, he’s looked at fashion, Middle East politics, stolen Icelandic trees and the suicide rate at Renault factories. Never less than compelling, the best aspect of Nourishing Obscurity is that James will surprise you with something unexpected every single day. [Mr Eugenides]

# Last Ditch is one of the two top Moscow based blogs, the other of course being James Higham. [The CityUnslicker] Would be great if I were in Moscow but it’s the thought which counts.

# Snob Inc Special Mention – James Higham who seems to be the hardest working blogger around. Iain Dale seems to get the plaudits but James seems to genuinely care about the blogosphere. Good on him. Applause all round. Pints in Whigham’s if he is ever in Edinburgh etc. [Reactionary Snob].

#  As a washed up male who supports squatting rights because that’s where he might end up next week (certainly not because of any logical ideology) you should just shut up. You are not a good person and most of the time you speak tripe. [The peerless and overwhelming Suzie]

# While we’re in a cheerful mood, how about a piccy from my favourite film (which I’ve been thinking about owing to a depressing post by James Higham today. [The Tin Drummer]

# James’ posts are so frequent, his interests so varied and his contacts so extensive that his blog is rather like the Scottish weather. If you don’t like it now, just wait a few minutes. [Tom Paine]

# The blog Nourishing Obscurity is one of my favourite reads. Thoughtful, independent and James has a way with words. [Peter McGrath]

# James Higham writes an excellent blog – Nourishing Obscurity – and is often to be found posting on blogs as the mood takes him – which is often. [Charon QC]

Makes posts that too often go by ’em

He can temper his prose

With ideas that easily fry ’em.

# Another clash of the devonshire cymbols gongy thingy award hurtles over to James of Nourishing Obscurity (who is the original thinking woman’s crumpet) and whose posts make me stop and think for hours to finally understand what the heck he was going on about but I do so love his style of writing.I love how he thinks. he makes me think so I love him as equally as I hate him for making me think. [Devonshire Dumpling]  This comment is particularly touching for me as Devonshire Dumpling is no longer with us and the blogging world is a sadder place for it.

#  Have you ever considered that you might be the Anti Christ? Mad, full of hate, misogynistic, just plain weird. Man, you tick all the boxes.  You are one insane son of a bitch.   Bitter.    And left as scrap.   All those women that you can’t stand tower over you.  [Presumably Harriet Harman, Cressida Dick and Julia Middleton, lovely lasses] You want to know why? Because you are a cretin.  You are a mad man, of limited intellect, with an axe to grind.  You come over as slightly unhinged.  That’s why you don’t get a huge outraged response to the tripe that you put out there.  Nobody takes you seriously.   Mostly we have a laugh.  [The peerless and overwhelming Suzie]

#  For someone who doesn’t like you or respect you she sure has a lot to say about you.   I’d love to press the button for you  [Femme fatale and Ms Scrumptious personified Rossa]

#  Brainchild of one of the internet’s most prolific bloggers, James Higham, who is the mastermind behind the site nourishingobscurity.com.  James Higham’s award winning Nourishing  Obscurity site is an eclectic and thoughtful blog that has pushed forward the boundaries of blogging over the past few years with a mixture of political and cultural debate, with a diverse and  intelligent readership. [Richard Henley Davis, The Economic Voice]

#  “How many people are actually still reading this post and for that matter, how many saw my name and immediately turned away?”  Superb levels of self awareness.  Just to add, I generally find your posts on here to be amongst my least favourite and amongst those I agree with least, however, that shouldn’t stop one reading them.

This post, however, was absolutely excellent and had I been amongst those who just ignore posts by those with whom I disagree I would be diminished by that wilful ignorance.  Keep it up James, like I said, even though I largely disagree, that in no way diminishes the value you get from writing or I get from reading your posts.  [Reader Steve W]

#  It's posts of a quality such as this one, that means I always call on this blog. [Bill Quango MP]

#  Yet again, I depart from this blog (via a detour to Wikipedia) wiser than when I arrived – thank you!  [Macheath]

#  Very brave of you. [Mark Wadsworth]

#  Seems to be a lot of silliness going on in this blog! [Bella Baita View] 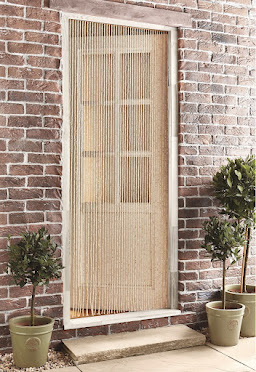