Equinox is upon us 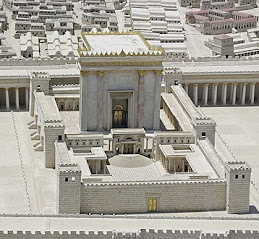 02:17:
These are very weird days and yesterday was more weird than most, what with those flies, their elimination, falling asleep around 21:00, never a good thing, waking late and now, at 01:55, going through various things, stretching back to the Book of Exodus and its motifs …
…the main one being deliverance from slavery, originally literal, thereafter allegorical, as in we’re all slaves to something, and then in the final days, slaves in fact once more.
The first, second and third temples play an enormous part:
https://en.wikipedia.org/wiki/Second_Temple
… as does this notion of a Covenant.
We’re now on the cusp, in 2022/3, of a new, enforced, secular covenant, replete with Q codes, in order to buy, eat and heat, there being something decidedly theological about all this, given that the key troublemakers attempting to enslave us are highly religious figures for evil, which is no different to the plight of the ‘falling away’ of the Jews at every stage of their history … the notion of the promises made by the secular authority, the change of dynasty, the breaking of those promises, the question of ‘the final solution’ concerning these people.
And throughout, as a pastor from America pointed out in a study of Exodus, a Greek rather than Hebrew word, there is this motif of the formulation of policy based on fanciful speculation. ‘Let us do this to them, lest they should multiply and arise against us.’  Goodness … anything from climate bollox to designer afflictions.  Pretext for inhuman treatment of others, based on imagined futures, which always remain futures, renewed every so often.
At this point, the need for covfefe has prevailed.
Inflicted on you by James Higham on Friday, September 23, 2022