12.  Phantom Digger
Crazy hits a new low.All to pander to a small minority of the population who are mentally ill. Severely mentally ill.https://t.me/scifiworld0/3361
11.  Vox today
https://voxday.net/2022/09/22/yes-they-are-trying-to-kill-you/
From WW2 through 911to today, it is well nigh impossible to get through to westerners that the cluster of dots setting themselves above you are actually trying to cull the population of which you’re part.
There’s no way we can convince most, so we’ll just leave it at that, except to say a Russian has not the least problem understanding it.  I’ve been saying it since I first started quoting Svali.
10.  OAN watched in Germany 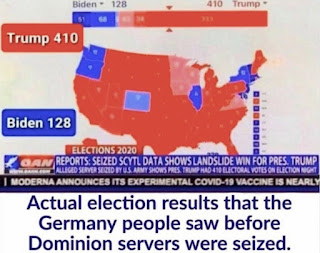 9.  TCW
As Putin escalates the war, can we afford to keep paying billions to arm Ukraine?
By Donald Forbes on Sep 23, 2022 01:19 am
Yes, foment insurrections, all the rest of it, rid yourselves of Putin, be careful what you wish for, you criminal psychos.  Pardon me but unless you’ve been in close proximity to Russians for twelve years or so, then forgive me but you can’t know just how they do privation and austerity, the hardwired mind.
They can easily do privation and to a point, so can the Brit of a certain age.  It wasn’t all that long ago, far more recent than for Americans.  Remember Stalingrad, remember Napoleon.
Only megalomaniac westerners can even think to take on Russia in the longterm and also remember … soon two new generals will appear … General Janvier and General Février.
Inflicted on you by James Higham on Friday, September 23, 2022