Morning all.
7.  Evets 2
a.  [The] Ukraine:
Kiev Forces Used British Missiles In Recent Attack On Zaporizhzhia Nuclear Power Plant (Photos)
https://southfront.org/kiev-forces-used-british-missiles-in-recent-attack-on-zaporizhzhia-nuclear-power-plant-photos/
b.  "Dirty Bomb" Hazard: Armed Forces of Ukraine Target Nuclear Waste Storage at Zaporozhye NPP
https://en.topwar.ru/200182-opasnost-vzryva-grjaznoj-bomby-vsu-pri-nanesenii-udarov-celjatsja-po-hranilischu-jadernyh-othodov-na-zaporozhskoj-ajes.html
c.  Zaporozhye demilitarised zone, freeze conflict. Baltics gone mad. Scholz, take the turbine. Update 1
https://www.youtube.com/watch?v=WEUrnYDNHzE
d.  In the Ukraine war, a battle for the nation’s mineral and energy wealth
https://www.washingtonpost.com/world/2022/08/10/ukraine-russia-energy-mineral-wealth/
e.  Russians Welcomed as Liberators in Many Eastern Ukrainian Cities Contrary to Western Media Depictions
https://covertactionmagazine.com/2022/08/10/russians-welcomed-as-liberators-in-many-eastern-ukrainian-cities-contrary-to-western-media-depictions/
f.  "Inferiority Complex" Estonia has 'Dementia'. German Winter of Rage. Ukraine Gets M270 MLRS From UK
https://www.youtube.com/watch?v=YNjp3y9Ieoc&t=1s
Evets 4
https://nourishingobscurity.wordpress.com/2022/08/11/admin-page-162-for-readers/comment-page-1/#comment-3667
6.  It's in the url
https://orphansofliberty.blogspot.com/2022/08/implications-for-personal-finances.html
5.  Project Ian
Caveats:
a.  Ian never asked me to do this below, he saw it as a simple 36kb excel sheet, he then sent various other formats, all of which worked for me on the laptop and so it was fine for me.
b.  Trouble is - Ggl Blgr won't load such files for reasons I understand. Plus I can't run raw word lists because bots look for those and get the wrong ones and Ggl Blgr either delete the comment, post or the blog itself at thier whim.  Yes, I know there are appeals courts etc. but I have a blog to run.
c.  I'm not sure if readers who are not bloggers would understand all this, so it needed to be laid out.  Thus I could only get that data up Ian wanted in the form I've done it.
d.  There have been techies, once I explained all this, who were shaking the head, saying why on earth make all that work?  The answer is in 'b'. The next question they ask is why stay here?  The answer to that is complex and ancient and would take twenty pages, which I do not have the time for.
e.  There is a fifth factor in here - my eyesight.  I can only see this when reworking the data in GIMP: 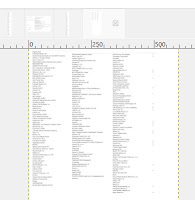 That's how I see the files on this Lenovo laptop in GIMP.  Inother words, I can't see them, I have to guess and go by touch, a bit like typing.
f.  Finally, why even bother?  Because I have to show willing to our regulars.  The political value far outshadows any work involved ... it was not all day, only about 2 hours which, in techie terms, is nothing.
All right, here is the project:
Ian made the point days ago that he does not trust cookies and the companies his data is shared with, quite understandably, and I support his mission. He wanted to share this with readers and as an idea, it's a good one. It's handy to know where the data is going.
This one he sent is of the Daily Mail and whose cookies are there.  voila: 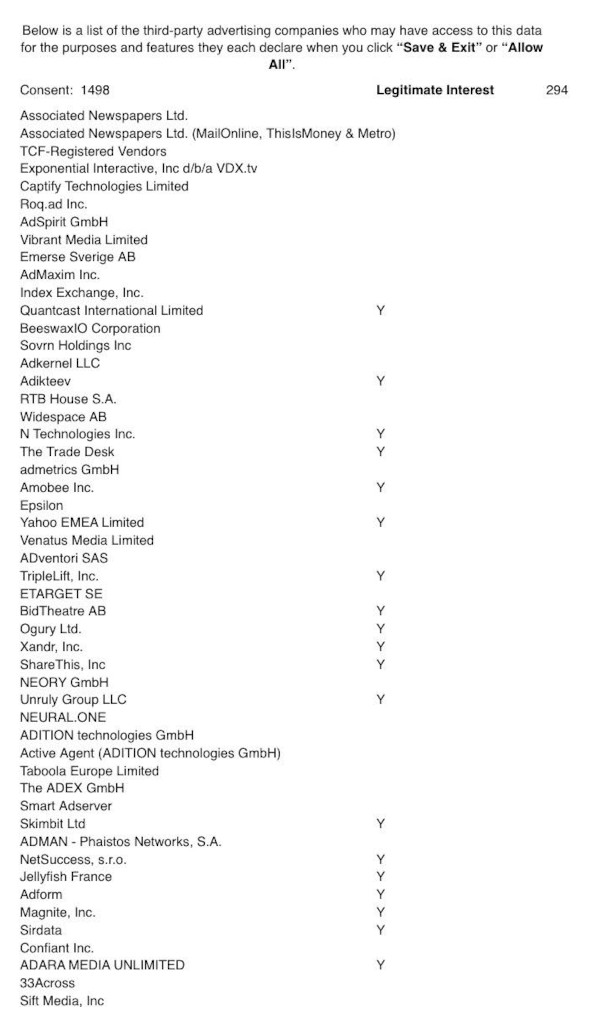 OK, so that's that done. There was a factor 'g' and it is size of files - there are limits at Ggl Blgr I'm approaching on data size and so I need to guard file size like a hawk.
Y'all have a good Saturday now.
Inflicted on you by James Higham on Saturday, August 13, 2022