If it's a bit slow this morning, it's not that I'm slacking, it's that I'm reading and watching. 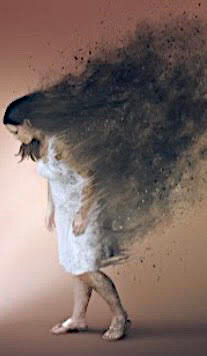 Right - debility... If we can think of it as not just physical but also mental and spiritual ... the three aspects of the human from which others, e.g. the cultural, come ... and if we can think of our endeavours as being the wellbeing of ourselves, our families and our surroundings ... and if we accept a physical and spiritual realm within which we perceive ... then it's easy enough to see we have enemies attempting to prevent us [see DAD's Fri 7 drop] ... or closer to home ... preventing things on this blog.
If we can run with that notion of fallen angels being the ones in charge of the various nations behind the scene ... that Schwab is just a front man ... then it's easy enough to conceptualise daemonic possession.  MInd you, if you flatly reject that and say that the end enemy in the shadows is the WEF, then I ask what about the CFR, TLC, C300, Tavistock and so it goes on, Round Tables?
It's a pointless thing we're arguing over, it's clear the enemy is using many tactics - info overload, bad news after bad news to dismay and dispirit [oops, I used that word there], we're not at odds in our diagnosis.
But I for one am running, for now, with the daemonic attack angle.
Thus Jesus of Nazareth said to one of these within a man - what's your name and it replied - we are legion, that pretty well sums up what Derek Prince said next.
He showed the Greek word used and said that 'possession' was an inaccurate way to put it, it was more accurate to say daemonic attack.  Thus you might have your life pretty much together, apart from physical debility from age but in one area, you're still weak, e.g. susceptibility to the booze, to wimmin, you know how it goes.
Now, what does any enemy worth its salt do if it observes weaknesses in an otherwise strong defence?  Obvious, innit?  And as DPrince says - this is not 'possession' per se, this is an attack on the person in one region, one area.
Of course if you're weak in all areas, such as the Woke, already possessed by a Narrative, then here is one way to see it:

I think you're beginning to see that far from being a load of superstitious mumbo-jumbo, there's a lot of history and wisdom in there and someone who can readily find such a verse from Proverbs has a skill going there ... I certainly don't know where to look for what.
There was something in his talk about witchcraft, which he likened to the druids, high priests of any cult - the ones who keep the thing running and the people cowed - yes, you can even include the clergy in a theocracy there, hence my suspicion of clergy ... but in his case, his entire manner lacks the fire and brimstone, the self-satisfied, he says when it's just his opinion and why he formed that opinion.  In short, he's a scholar.
Now, in that talk on witchcraft, he said there were three major tactics:
1.  manipulation
2.  intimidation
3.  domination
By the way, what's the name of that voting machine company again?
And as part of those tactics, the follow up tactic is making someone feel guilty for something.  He gave that lecture way before any covid and deathjab.
And he said that if someone came up to him, accusing him of doing wrong, talking bollox, he'd ask them to specify exactly where he was wrong. The thing he would never do is just accept the assertion, because he already suspects whence it came, and for what purpose - to prevent that ferreting to continue or that word to be said to an audience.
Look at Roger Stone, Naomi Wolf, Pastor Pawlowski - same method with each, no variations.  Just as with school shootings - they have them down to a fine art now. Release the nutter, let him do his thang, clear the evidence afterwards.
Food for thought anyway.
Oh yes, nearly forgot ... debility ... yes, to weaken us individually and severally, as in Norway pre-WW2, in order to effect the takeover.
And one more thing.  I sat down to type this at the computer table ... the back has now gone on me.
Inflicted on you by James Higham on Friday, June 24, 2022 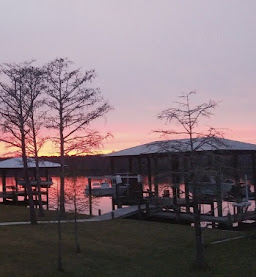