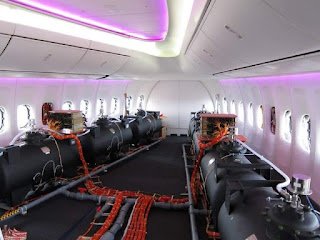 b.  Bringing the ordure to the masses:

Oreo ad: ‘Your Cookie Must Affirm Your Sexual Lifestyle’

"McDonald’s is also teaming up with tarot card reader and astrology expert, Madam Adam, who will provide celestial guidance to our fans during this unruly time . . . We’re offering select fans a McDonald’s-inspired Tarot reading from Madam Adam on TikTok on Tuesday, May 10."

[The less said about this the better.  I do not propose to argue astrology with my astrologer friends - that's not the point.  The point is the overall thrust and how it's all being bundled together in on satanic package.

Were I a serious astrologer, I'd be mightily peeved that my calling was being debased in this way ... in the same way the Anti-Pope and Wleby are disgraces to their repsective Churches, as was Jim Jones and also those tele-evangelists.]

[In the light of what we've been discussing, chaps]

6.  Man from the West Country

e.  Voting Systems Functionality to Create Ballots and Fill Them Out

a.  Janet Reed of Indiana arrested for delivering 400 ballots premarked Demrat.  Consider the overall result once that is established.  All those in a position to affect the result, the confirmation etc., given the number of such cases, and who did or said nothing, must be liable to be charged.

b.  Rand Paul alone invoked a measure to slow the $40bn to the Ukraine.  Where was everyone else supposedly Republican.  And the known crims - the Demrat pollies - why is there no jail time?

c.  The Biden administration has been shipping pallets of baby formula to migrant holding facilities despite a national shortage, according to Rep. Kat Cammack, R-Fla.

“For banks and issuers, they’ll be able to integrate their existing infrastructure and be able to provide a broad spectrum of CBDC-linked payment-related services and exercise cross-chain interoperability protocols for universal payment access to digital national currencies, stablecoins, NFTs, the Metaverse and much more,” the WEF added.

As opposed to Bitcoin, which operate on a decentralised basis with no single entity or person having control over the value, ownership, or functions of said coins, CBDCs act like a digital form of traditional fiat currency, in that they are issued by central banks, and therefore are ultimately beholden to the whims of the state.