10.  HAPPY THANKSGIVING
To all those of good intent, giving thanks for the right things! 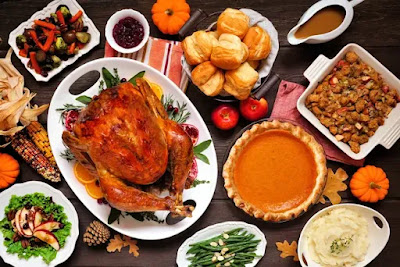 9.  IYE
https://nourishingobscurity.wordpress.com/2021/11/23/admin-page-55-for-readers/comment-page-1/#comment-1728
8.  Via Rossa's mother - Vox on Slovenia
https://voxday.net/2021/11/24/the-number-of-the-vial/
A crisis has hit the eastern European country of Slovenia, with a whistleblower nurse telling the public that politicians and other high ranking citizens receive saline instead of the mRNA experimental medication. In a video on Facebook, which has been deleted by YouTube, the woman claiming to be the head nurse of the University Medical Center in Ljubljana, which takes care of receiving and managing the jab bottles for politicians, resigned and gave a press conference on the scandal.

UPDATE: Sometimes stupidity is a choice rather than a condition, as can be seen in the irony of people who 100 percent believe the lines read by professional actors with Actor’s Guild memberships, but dispute the legitimacy of actual video of obvious non-actors.

UPDATE: That being said, one should note that the woman in the video does not appear to be Zdenka Mrak, the current head nurse at UKC Ljubljana.

[Back to the old bona fides issue, whom can we trust?  Maybe this one is right.]
7.  Steve
War RoomEpisode 1,436 – The Virus And The Turkeyhttps://rumble.com/vpqwf5-episode-1436-the-virus-and-the-turkey.htmlEpisode 1,437 – The Deplorable‘s Are The Kulakhttps://rumble.com/vpqxu9-episode-1437-the-deplorables-are-the-kulak.html
6.  Health report
As this is a 'one blog serves all purposes' site, even in two parts, then I'm afraid I must give occasional health reports.  Firstly, the throat and cough.  A 24 hr job as suspected, new one now but it's winter, innit?  Natural immunity's a grand thing, doesn't stop us getting these bugs, it just deals with them, that's all, in its own time.
The back is following its usual four day pattern - still not fun when it hits the nerve but upright enough to get in the bath.  Nice things, baths.  It's the transition from upright to prone which suggests it's still two days away.  Nothing over traumatic, hope you're ok where you are.
Still means skeleton blogging for another day though.
Inflicted on you by James Higham on Thursday, November 25, 2021