Through to late afternoon.

These people mentioned have always been around on the edge but were largely harmless because most people had their heads on straight.

At the same time, people like me have been around since about 2003 and we've been called loons by the actual loons, for focussing on the paedo nets, on Belgium, on the US trafficking, the CIA etc., Walter Reid, Johns Hopkins.  If it hadn't been for Event 201, most people would not even be aware of seamy Johns Hopkins.  We mentioned the SPPNA and so on, started going really loony and pushing marriage and the family.

Unlike the totally sane transhumans. 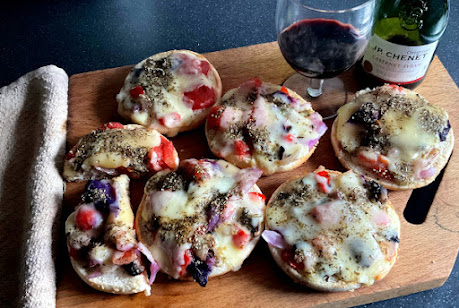 Not eating those at one sitting.  They go away in the tupperware, bring one out when peckish into the evening, crisp up and eat.  Cheese covered concasse underneath.  Tender.

Anything planned for your table later or just consumed?

Inflicted on you by James Higham on Wednesday, October 13, 2021