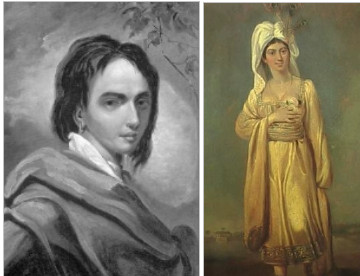 On April 3, 1817, a strange woman appeared in the village of Almondsbury, Gloucestershire. She was five foot two and wore a black shawl twisted turban-style around her head. Most intriguingly, she spoke an unknown language and so could only communicate through a series of gestures.

The woman was brought into a cottage in the village, where the Overseer of the Poor soon arrived to determine her situation. Not knowing what to make of her, he sent her to Knole Park, the home of Mr. Worrall, Magistrate of the County.

Upon arriving at Knole Park, the woman was met by Mr. and Mrs. Worrall. The Worralls were fascinated by her, and after securing lodging for her, decided to solve the mystery of where she had come from.

Soon the Worralls had determined that her name was Caraboo. Or, at least, she would frequently say the word 'Caraboo' while pointing at herself. They also learned that she only ate food prepared by her own hands and that she preferred to sleep on the floor.

County magistrates arrived to examine her. They could learn nothing about her, so they sent her to stay in St. Peter's Hospital, the Bristol work-house. However, her stay there was very short, because by now word of her had begun to spread throughout England, and people were arriving from all over to see her and help solve the mystery of her origin.

One man who met with her at this time hypothesized that Caraboo wasn't her name, but rather the country of her origin: Karabouh on the Caspian Sea.

But this theory was dispelled when a Portuguese sailor, Manuel Eynesso, showed up claiming that he recognized her language. He said that it was a blend of various languages from the West Indies.

Translating for her, he explained that she was royalty in her own country, the island of Javasu, but that she had been abducted by sailors and had only escaped by jumping overboard in the British Channel and swimming to land.

Learning that Caraboo was foreign royalty, Mrs. Worrall immediately decided to bring her back to live at Knole Park.   There 'Princess Caraboo' lived in a grand style, spending her days dancing, fencing, climbing trees, and entertaining the residents of the manor.

Artists visited Knole Park to paint her picture, scholars came to study her language, and the social elite stopped by to have tea with her.

It turned out that Mary Baker had created the part of Princess Caraboo in order to avoid being sent to the workhouse. A letter that later appeared in the Bath Chronicle explained how Mary Baker had invented the character of Caraboo:

"It appears to have been Caraboo's intention to impersonate a French character. Before she left the confines of Bristol, passing through Park Row, she encountered two or three lace makers from Normandy who have established a manufactory in that part of the city. She watched their movements, and observed that everybody stared at them.

This was food enough for her. She fixed her eyes on the French girls' head dress and it immediately occurred to her that in the guise of a foreigner she might obtain that which was denied to an Englishwoman.

She soon twisted her handkerchief into a turban, outlandished her general attire, and set off on the Gloucestershire road. After walking a few miles a gentleman accosted her, and perceiving she was fatigued, took her to the next public house and gave her meat, spirits and water, which she, not being as yet a Hindoo, demolished a la Francaise, for she was now a French woman!"

Mrs. Worrall had grown so fond of Princess Caraboo that she took pity on her after learning her true identity and gave her enough money to sail to Philadelphia. It is said that on the voyage to America, Princess Caraboo's boat was blown temporarily off course and drifted near St. Helena, where Napoleon was exiled.

Princess Caraboo rowed out to the island to meet Napoleon, who was immediately captivated by her charms. The former Emperor supposedly begged her to marry him, but she refused. Unfortunately, there is no evidence that this story is true.

After seven years in America, Caraboo returned to England, where for a while she attempted to make money by exhibiting herself dressed as Princess Caraboo. As interest in her story declined, she ended up eking out a living selling leeches to the Infirmary Hospital in Bristol.

A biography of Princess Caraboo was written in 1817, shortly after her true identity was exposed. The work was titled Caraboo: a Narrative of a Singular Imposition. The entire text of this obscure work is now available on the internet courtesy of "Mr. X." 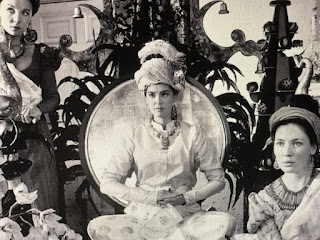