14.  Now this thing about eating fat
Take a gander at this - first one is Phili cheese - look at the 100g column for comparison further down: 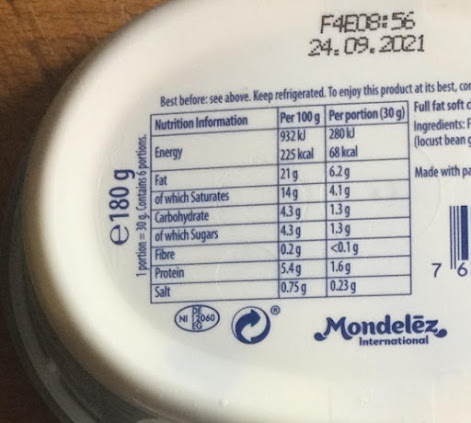 Now this is the end of the Lurpak Slightly Salted: 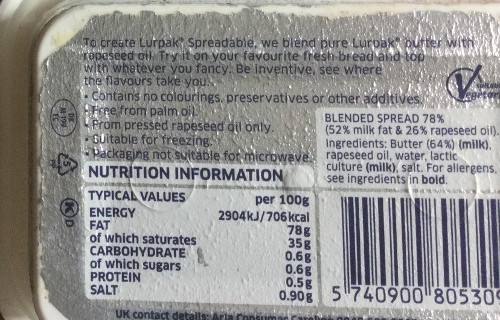 You thinking what I'm thinking about my spread from now on?
13.  John probably sums it up
https://therealslog.com/2021/07/27/fast-moving-fascism-macron-foxes-france-as-starmer-baffles-britain/

It is with great joy that I am able to confirm Manny Macrony's success yesterday in persuading France's gutless National Assembly to extend the ongoing Libertechtomy-jab drive to include everyone whether they like it or not.
In this, his fight against selfish bastards unwilling to die for the Pharmafia-to-Green-Reset complex, one can sense that the President means business. This is because he is wearing his I Mean Business mask.

12.  Just got back from shopping

Got my D3 and constitutional in out there, back home, cooking up - heavens opened.  Been up on the Air Ministry roof and it p***ing down with rain, that it is, mun.  Here's a bit of music to lighten the mood:

11.  It's obvious where this is from
1.  Ian J
A friend sent me this link:https://theconversation.com/most-covid-deaths-in-england-now-are-in-the-vaccinated-heres-why-that-shouldnt-alarm-you-163671?utm_source=pocket-newtab-global-en-GBI couldn't believe that anyone would try to spread such B******t - it seems that 1984 has arrived
[The guy needs ballbearings dumped on him.]
Inflicted on you by James Higham on Tuesday, July 27, 2021