Mayor of La Rochelle Jean-François Fountaine explained the reason for the new plaques around the city, saying: “This is not repentance, it is knowledge.”

In 2017, a group of far-left activists in Paris published their own Guide to Colonial Paris, which listed 200 streets in the French capital named after men allegedly linked to the slave trade, arguing that their names should be removed.

The new plaques in La Rochelle come just months after the British government-funded Historic England compiled a list of farms, schools, village halls, pubs, and churches that they claim have some connection to the slave trade.

Yawn.  Anyway, surprised any French town still has a male mayor of French ethnicity.
7.  Time for a mini-rant
As a malcontented curmudgeon of the Victor Maladjusted variety, I should be grateful that youtube immediately provided two films for Saturday of an acceptable quality ... and yes ... I am grateful [that stuck in the craw, hang on, back in a mo].
Right.  So, if I've nowt to complain about ... ah but they've given me something else.  Only this time, it's not YT, it's the bloody advertisers!  For a start, there's this Cadbury excrescence and that chick they use with the Estuary English voice of treacle in a very modern-girl, glottal stop way.  It makes anyone gag.
Just had Smile Direct Club, whatever that means and if I see those pearly whites one more time, I'll tar and feather them.  Then this "should this tactical zoom lens be made illegal" ... yes, yes, make the bloody thing illegal, just leave us alone and go off somewhere perving with your lens, don't forget the raincoat.
But the one which takes the biscuit is this little kid of two or three, maybe four, who comes up to a counter and says he'd like to buy a chocolate ... long pause ... for his mum.
Aaaagggghhhh!!!!  Puke!!
Now look - I don't mind kids in their place and a friend has just had one emerge from the engine room but really ... I hope I wasn't that sickly sweet as this advertiser's kid.  I mean, a guy has a reputation to maintain, doesn't he?
And that's where I've just remembered an incident - might have been a Milky Bar my mum wanted me to find, Snack Bar, some Bar and I remembered seeing one down the high street apiece, so out I went looking [we were in something like Debenhams at the time], found the place and dutifully waited.
Turns out she'd meant just go to the counter over there and buy one, to get out of her hair for a few minutes and stop perving at the wimmin most like.
As I explained to Plod fifteen minutes later, I'd been asked to find this place, I'd found it, so why the hysterics and the big hugs and kisses from mother?  Women!!!  As I said to my long-suffering mum - you need to make your instructions a bit more clear, don't you?
Torn between a slap across the chops and a hug, think she opted for the latter, which was highly embarrassing for a self respecting lad about town.  In all seriousness though, she did point out that where we lived, there were few dangers and that was true in those years. But this was the centre of town and there were bad people around.
I remember saying to her I'd like to see them try it, I'd knee or punch em in the goolies.  Plus I had a pretty good scream on me in those days.  Plus all we ever did all day was fight, my mates and I.  She was not convinced but my father was amused.  That then got him into trouble.
6.  Some things from out there
a.  Wrongful prosecution: 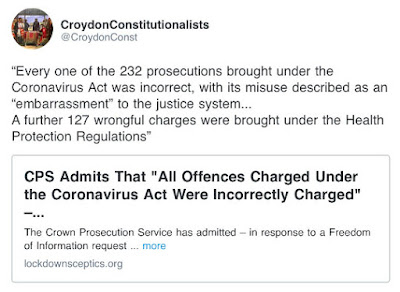 b.  DR has this for those not trusting ZH:
Alt link for those objecting to ZH as a source. :-)
https://thenationalpulse.com/breaking/america-under-assault-from-marxism-argues-letter/
And this for good measure:
https://www.scribd.com/document/507518506/2021-Open-Letter-From-Retired-Generals-and-Admirals-9-May-2021#from_embed
5.  Ascension Day 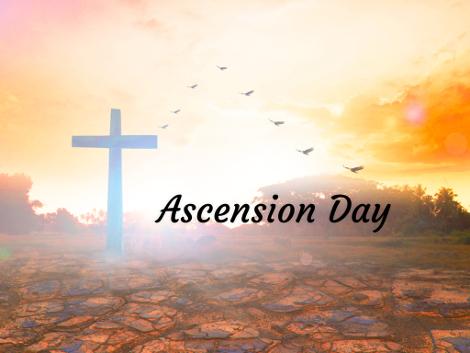 Not sure what the birds were about in this picture above but it did not feature a depiction of the Person but rather the Cross, so quite like that.
Also, sorry about not being about this morning - about 8 a.m. I fell into a deep sleep, presumably as the Lord was about His business. Just awoke a short time ago.
Inflicted on you by James Higham on Thursday, May 13, 2021