More as and when this morning.

Do any of you remember me telling you about my husband's aunt who had self isolated for a year then died two days after the 2nd jab? Funeral was today and spoke to her son. It was a blood clot in the brain!  Would have been alive today!

5.  Take this one as and how you will

Gates Foundation collaborated with the Pentagon to develop "gene drives," genetic modifications designed to spread through a population at higher-than-normal rates of inheritance.

Over 1,200 emails released under open records requests reveal that the U.S. military is now the top funder and influencer behind a controversial genetic extinction technology known as “gene drives” – pumping $100 million into the field. The trove of emails, obtained via open records requests, also shed light on a $1.6 million dollar UN gene drive advocacy operation paid for by the Bill and Melinda Gates Foundation.

“Emerging Ag,” a private PR firm paid by the Gates Foundation, is working behind the scenes to stack key UN advisory processes with gene drive-friendly scientists, and has recruited ostensibly independent academics and public officials into a private collaboration to counteract proposed regulations and to resist calls by scientists and conservationists for an international moratorium. Some of those recruited entered into the UN discussions without divulging their conflicts of interest or the role that paid political consultants played in shaping their inputs.

For example, DARPA is now revealed as the major financial backer of efforts to develop gene drive mammals (mice) that are led by a U.S. environmental NGO, although DARPA has no biodiversity conservation mission, raising questions about the defense agency’s intent. These revelations come on the heels of a public warning issued by a leading gene drive researcher Dr. Kevin Esvelt that current gene drives are too powerful to be used in conservation.

One thing we're going to have to understand is that if insights are coming from both sides of politics - the old left v right - then ALL sources will need double-checking.  I would suggest that there are three sides of politics - a triangle - left, right and dissident.  the dissident was aligned with the left in the 60s, with the right in the noughties onwards but would seem to be a separate group comprising the old left and right who are disillusioned.  This can make for some interesting unherdable cattery. 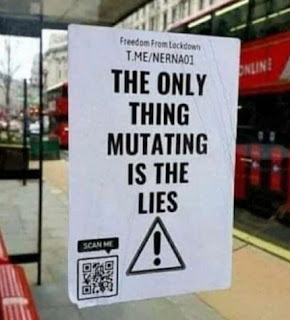 ... with its summary of the Bath pub confrontation and in not even mentioning what the whole business has also done to the Tories, shows a bias which is clearly out of place in 2021.

It is NOT just Labour which is disillusioned, it is Toryland as well, much as that sits badly with the silent blue army.  Here is what LDS wrote [no url, it was an emailing]: 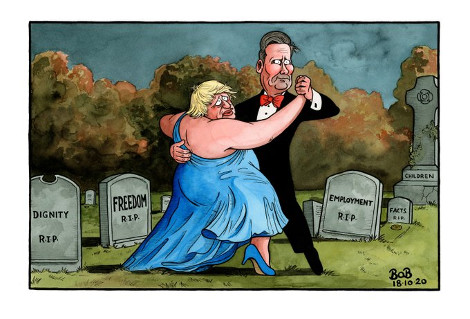 Rod Humphris, landlord of The Raven in Bath, to throw Keir Starmer out of his pub this lunchtime because the Labour leader has done so little to oppose the lockdown policy. MailOnline has more.

Sir Keir Starmer was thrown out of a pub today after being confronted by a Labour-supporting landlord furious that he supported the lockdown which had closed his business for months.

In astonishing scenes in Bath today, Rod Humphris, the lockdown-sceptic landlord of the Raven, had to be held back by the Opposition Leader’s security guards as he demanded he leave.

The incident was captured on camera by reporters amid a visit to the city to support West of England metro mayoral candidate Dan Norris ahead of the forthcoming elections.

Mr Humphris had clashed with Sir Keir outside the Raven, accusing him of having ‘failed to be the opposition’ by supporting the lockdown and backing plans to make schoolchildren wear masks.

As the politician paused the landlord waved a piece of paper at him, saying: “Do you know what the average age of death with Covid is?

“According to the Office for National statistics it’s 82 years and three months. The average age of death normally? Eighty one years.

“Do you understand we have f***ed our economy because old people are dying?”

As Sir Keir tried to walk away he continued: “No, no I came here to speak to this man not your security.

Plus Tory voters, he failed to write.

2.  The state of South Africa, via haiku 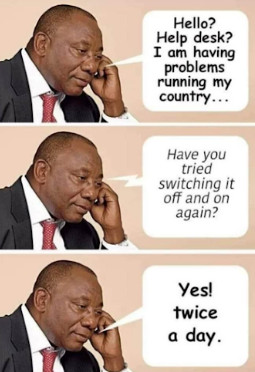