I'd put in a twelfth and thirteenth section, including haiku's and now it's just gone.  I don't ascribe it to Google censorship yet.  haiku's I'll run again in the next post.

10.  AmRen's your site for the Chauvin trial

Alibaba has been slapped with a record $2.7 billion antitrust fine - by China. (ZDNet)

I have removed the link to the Z Man because I finally came to the conclusion that the guy has to be a psy-op plant from the IDF. One of the many false directives that the other side has planted in our front garden, along the lines of good old meth Jordy but not as obvious.

This is a great time of year to rogue out invasive aliens. Euonymus bungeanus is closely related to the Eastern Wahoo (a name that cracks me up). The best way to tell the difference between the two involves the color of the flower.

“First-dose COVID-19 vaccine supply for GP sites to stop completely for a fortnight” – Supplies of first dose vaccinations for GPs will stop for two weeks from April 12th, according to GP Online

“Don’t give us $2bn loan, Kenyans tell IMF”, reports the Times. A $2.34 billion bailout for Kenya from the International Monetary Fund (IMF) has provoked anger among its citizens rather than relief.

“I know that the left and all the little gatekeepers on Twitter become literally hysterical if you use the term ‘replacement,’ if you suggest that the Democratic Party is trying to replace the current electorate,” Carlson said. “But they become hysterical because that’s what’s happening actually. Let’s just say it. That’s true."

On Wednesday, Twitch announced an expansion of its Hateful Conduct and Harassment Policy that takes into account behavior taking place off of the platform. A blog post from the company shared that the it is bringing on a “third party investigative partner” to support Twitch’s internal team with investigations, and to help enforce off-platform violations. 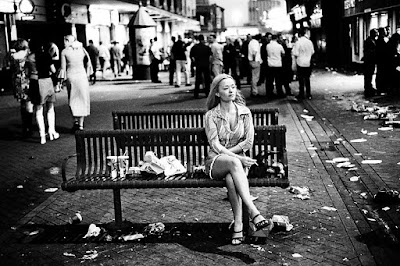 NASA’s Ingenuity helicopter unlocked its blades, allowing them to spin freely, on April 7, 2021, the 47th Martian day, or sol, of the mission. This image was captured by the Mastcam-Z imager aboard NASA’s Perseverance Mars rover on the following sol, April 8, 2021.Credits: NASA/JPL-Caltech

Editor’s Note: On April 10, NASA announced that based on data from the Ingenuity Mars helicopter that came in late on April 9, the agency has chosen to reschedule the Ingenuity Mars Helicopter’s first experimental flight to no earlier than Wednesday, April 14. Additional information is available at: