[british values] just as other nations embrace theirs 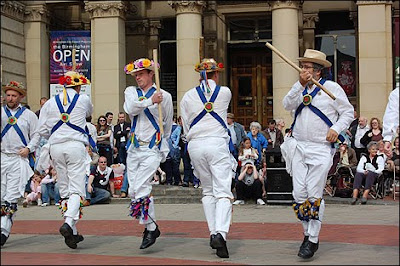 This post is cross-posted at Tom Paine's The Last Ditch. Does Tom need any introduction? Maybe to non-Brits. He's a Top 100 Blogger, geographically based in Moscow but primarily blogging on UK issues, he's a lover of fine machinery but above all else, he is a fellow Mac user. I consider it an honour to have been allowed to spread my verbage over there as well as here - don't know what he was thinking at the time. :)


There's an interesting group called Nothing British and the words I liked in their blurb were:

We believe in addressing the concerns of those people who feel alienated from their society by government failures on issues like immigration, Europe, religious extremism and job insecurity. This means campaigning for policies that work ... the British values of democracy, tolerance, fair-play and respect for one another.

In the light of the current state of our society, this is a conservative stance or rather "reversionist" stance, wishing to re-establish values which have been lost. Well, that part I embrace, as far as I can interpret it because it might mean different things to different people.

For example, tolerance and fair-play. I think I know how these particular gentlemen see this and they are as close to absolutes as one can get. However well the British did or did not embrace these values throughout the past three centuries, one need only go to people outside of Britain to have these values defined.

I wrote a post some time back, partly on British values and of the difficulty the relativists amongst us have in defining these, in terms of the new multi-cultural "tolerance" [that word again]:

Well, come with me and let me enrol you for a month in any English department in schools of extended English learning in Russia and you can learn what British values are, if you happen to have forgotten them. Because in these schools, in texts written by British educators from Cambridge et al, is set out quite clearly what British values are.

That's the thing - people outside have no problem defining them - it's only half of those inside and the government inside who have no idea at all. A look at the citizenship test and in there are things which were not taught at any school I know of and things omitted which really should have been in there.

I'm not tolerant of these things in the least and I'm even less tolerant of the tail wagging the dog, as in Imams and other extremists dictating alien policies to our elected government. This is our country, not theirs and they either assimilate or depart, as far as I'm concerned. 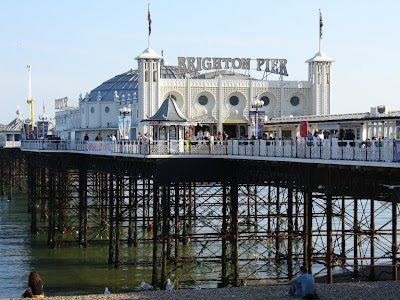 Let your not-so-humble blogger pause for one moment and state something about himself. I've had, in the last 13 years, a close to unique experience in having lived in Russia and embraced their values whilst I was there, whilst retaining my Englishness - in fact, it was required of me in my work to be more English than I'd ever been.

Thus I was an "Anglichanin", not a "Britaiski". In that sense, the language I taught was English. As it is really only us who get tied up in the Westlothian and the Barnett, which require resolution, it was certainly mentioned whenever the idea of British arose but at the same time, there is a common tradition in many ways, not least in the armed forces and in education.

Angus McIvor's First Aid in English is one of the prime texts of the last generation and that says something about our common traditions but of course, there are the differences and to speak of British values will annoy a Scot when we're speaking of English values much of the time. Again though, if you look at a Scottish town like Aberdeen, you don't see a huge difference, architecturally in layout to, say, Stevenage and ........ well, let's not get into this endless loop which doesn't help the foreigner understand.

For all our differences and don't forget that I am a Witanagemot member and believe in an English parliament, it is possible to go back into our history and point to certain outlooks, character traits and common upbringing which are maybe English but are also found in the Scots and Irish. My best mate is a Scot - not a 2nd generation but a "real" Scot, taken neat. He is just as much disgusted with this government as I am and as he can't very well call himself English, he's been here all his life and so calls himself British.

I’m not totally, negatively opposed to any attempt to affirm and rally round the things that are positive in the British tradition, history and character. On the contrary, I’m proud to be English and, by that token, British.

As he also says, "Britishness" is being used by this government to slip other ideas over to newcomers to these shores under the banner of "British" but are really nothing to do with that and disguise other, nasty agendas.

This post can't encompass all of that - it tries to leave our own internal issues to one side and present to the foreigner what British is, as distinct from what Chinese is or what French is, the positive aspects we all embrace, the ones taught in foreign schools as to what it means to be from here.

One of those British values is how we muddle along and how this has been cynically played upon and twisted and quite frankly, to have departed these shores, leaving one Britain behind and to return to find a divided land was soul destroying, to put it mildly. Changes of the very worst sort had taken place.

I was the hobbit who departed The Shire and returned to find Sharkey's men ransacking what had been a realtively good place, give or take a few issues.

The paradox is that extremists can seize on our spirit of welcome and tolerance, more a state of mind than a set of government policies and when they start sounding off about what they themselves want then, when we oppose those things, there is this ludicrous situation where we are actually the ones accused of extremism, intolerance and racism.

One right prat who's good at pulling this kind of stunt is a man called Sunny Hundal who writes for some rag that another relativist, Polly Toynbee, also writes for. Their game is to call themselves "progressive", as if this is a good thing in itself. Yep - progress to a police state and the breakdown of Britain as a nation, Brown's chosen policy.

So tolerance is a double-edged sword, isn't it?

Ecclesiastes had it right when it spoke of "a time to embrace and a time to refrain from embracing". It's quite possible that many, especially those born in this country yet coming from an alien culture, don't know our values and once again, I say - go to English language schools around the world and you'll soon discover what these are. 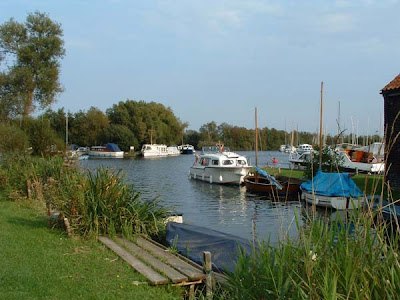 Some of our homegrown lot too, whose family history goes back into the mists of time on these isles, have lost the plot and are coming out with this rubbish that there is no such thing as a Brit, that we actually come from Africa or wherever.

Anthopologically, perhaps a few thousand years back but since that time, I'd like to remind these people, we've actually created a society which has been recognized for one and a half millennia as being Anglo-Saxon and Celt and in recent centuries - British, by the common wish of those houses. That's what we are and that's what we've built. Even our very confusion over what is British ... is British.

What other nation has this problem? I also count myself a Northumbrian or Yorkshireman, for goodness sake but if I can put that to one side for the moment and look at these isles, there is something quite distinct from Namibia and Vietnam.

We're more than tolerant of new ideas, of innovation, of culturally diverse experiences - the Brits are well known for settling in other lands themselves - look at those in Spain and France for a start and I don't mean the summer yobbos. Cuisine is an area, for example, where there's been a distinct local cultural cringe for years. Readers of this blog know me to be a Europhile in where I've lived and in the culture of those places but that does not mean I'm going to be party to the totalitarian Europeanization of our home soil and the loss of all identity, something this government has worked so hard to bring about.

That's even why I have a lot of trouble on this very blog because it matters not whether you are a jailbird, Member of Parliament, white, black, Lib Dem, BNP or indifferent - your view can be put as long as you are not being extremist yourself. Telling someone I'm not putting up with their extremism is in no way, shape or form tantamount to me being extreme in not tolerating these things.

It's not extreme - it's being a brick wall and a stubborn bstd. That I plead guilty to.

There are absolutes, including moral absolutes and there is a thing called Britishness or even Englishness. It's how we were brought up, it's the values we embraced and the modes of conduct we adopted. Yes, I'm C of E, in the traditional sense and why not? Why should I apologize for that? In which other denomination can one have a good snooze on the back pews during a sermon? 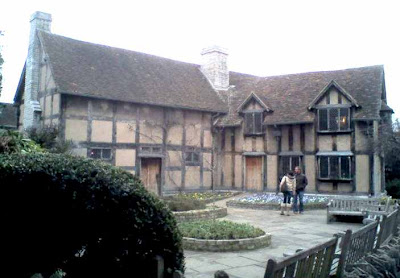 It was once and shall be again, respect for G-d, Queen and country although the former is now denied by ostriches, The Firm is subject to much scrutiny these days and the latter has been decimated by the socialists. It has also always been the dissenting tradition of Defoe, the British philosophers, cricket and a cup of tea which define us.

So what's this rubbish about no Shakespeare in schools, no heritage, no pride in our nationhood? Have the French lost their Frenchness? Have the Russians lost their Russianness? Well why should we lose our Britishness and in our neck of the woods, our Englishness? Just look at the breakup planned for the poor old United States by Them and shudder because we're headed down that path as well.

One aspect of our Britishness is the bulldog strain and thus my chin juts out and says - you've very welcome here and we'll learn from you, we'll eat your food and read your literature, let me buy you an ale but if you live here, if you settle here, then it's our way or you're on your way.

Further reading on this topic from Tom here.
Inflicted on you by James Higham on Saturday, September 12, 2009