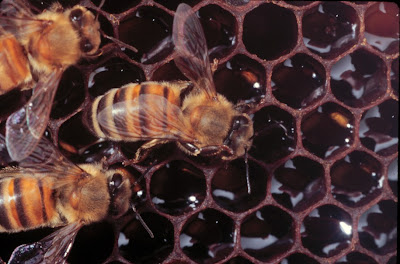 1. In this pluralistic, all inclusive society, anyone will be given a chance to belong:

2. Only the brightest and best will be accepted into this exclusive group:

Common Purpose are looking for candidates who are:

*senior decision-makers within the area covered by the programme
*interested in contributing to the future of their area.

3. Applicants will be considered according to their:

*current responsibility as a leader through work or community activity
*involvement within the area covered by the programme
*likely contribution to the perspectives and dynamics of the group
*ability to participate fully in the Common Purpose programme.

4. You're expected, when you first hear the gobbledegook spoken, not to question or ask for a translation but to adopt the new mode of speech as is; most likely you will already be adept in Bureaubamboozle:

Multi-organisational working, cross-boundary working and the global-national-local interface each raise their own set of organisational dynamics which must be surfaced and worked with if collaboration is to be effective.

5. On the grounds that you are now 'one of us' on probation, when we present you with questionable programmes we're involved in, you are expected to go along with and even embrace these:

InfraGard is an information sharing and analysis association of businesses, academic institutions, state and local law enforcement agencies, and other participants dedicated to sharing information and intelligence …

I want to turn for a moment to counterintelligence intrusions and economic espionage. There is no shortage of countries that seek our information technology, our innovation, and our intelligence—information we have spent years and billions of dollars developing. The simple truth is we do not protect cyber space to the same degree we protect our physical space. We have in large part left the doors open to our business practices, our sensitive data, and our intellectual property.

We understand that we must continue to work closely with all of you—members of the private sector and the academic community. Think of the fusion center as a hub, with spokes that range from federal agencies, software companies, and ISPs, to merchants and members of the financial sector.

Industry experts from companies such as Cisco, Bank of America, and Target sit side-by-side with the FBI, postal inspectors, the Federal Trade Commission, and many others, sharing information and ideas. Together, we have created a neutral space where cyber experts and competitors, who might not otherwise collaborate, can talk about cyber threats and security breaches.

Members from a host of industries, from computer security to the chemical sector, share information about threats to their own companies, in their own communities, through a secure computer server. We are also reaching out to academia. In 2005, we created the National Security Higher Education Advisory Board. We asked your president, Graham Spanier, to lead the group. We knew it wouldn't be an easy sell, because of the perceived tension between law enforcement and academia.

Therefore, as we've dropped big names and painted a picture of an ongoing grand work in progress which ants like yourself are now privileged to contribute towards, it is expected you'll be in awe and won't draw attention to anomalies such as why exactly ' we must continue to work closely with all of you', wshen there is no necessity whatsoever. This is above you, so stop analysing and get on-board.

6. There are assumed collective mental positions which, if you're to work under this roof, you will subscribe to.

‘A “slide” is a prefabricated, politically correct, blanket pop opinion, “view” or “take” upon a particular issue of general interest which is designed to preclude further consideration, analysis or investigation of the issue in question.

This paper seeks to fill this gap, by drawing both upon theoretical literature and experience with successful change facilitation practices from Europe and the US. Its focus is on the cognitive aspects of strategic orientation and provides a practical guide to those who use this process.

7. You are expected to contribute to discussions by parroting the gobbledegook of the adepts and following the 'paint by numbers' easy guide on how to think, in order to arrive at your position, which will inevitably lead to group acceptance and a sense of well-being.

It's fine to assume these things, as long as we're aware that our default mode of presenting and informing also means that there is little room for thinking, challenging, dialogue and debate -- a fertile breeding ground for groupthink. The way we use PowerPoint only adds fertilizer to this stagnant pool, because a slide filled with bulleted text only increases the illusion of certainty for presenters and the feeling of passivity for audiences.

8. You must develop a vocabulary of ad hominem, e.g. 'pseudo', 'shill', in order to tear down any diverse opinion and to ridicule the one[s] from whom it emanated.

Lest anyone be confused, this is quite the opposite situation from when former NYT pseudo-reporter/White House shill, Judy Miller, was subpoenaed and went to jail for failing to reveal her sources in the CIA leak case. In her case she was refusing to name White House officials who were involved in government wrongdoing in which she had a role.

9. On a mock-scientific basis, your 'irrational' beliefs will be challenged and reframed.

The NLP Milton model uses non-specific and metaphoric language allowing the listener to fill in the gaps, making their own meaning from what is being said, finding their own solutions and inner resources, challenging and reframing irrational beliefs.

Grinder and Bandler stated that there were a few common traits expert communicators – whether top therapists, top executives or top salespeople – all seemed to share:

Everything they did in their work, was pro-active (rather than reactive), directed moment to moment by well-formed outcomes rather than formalized fixed beliefs.

A Well-formed outcome is a term originating in neuro-linguistic programming for an outcome one wishes to achieve, that meets certain conditions designed to avoid (1) unintended costs or consequences and (2) resistance to achieving the goal resulting from internal conflicting feelings or thoughts about the outcome.

10. You are now ready to take your place as a worker bee in the hive, contributing your small part to the Great Work of Ages. By the way, you are forbidden to view such degenerate films as 'One Flew Over the Cuckoo's Nest' or to suggest that we'll all soon be subject to Nurse Ratched.
Inflicted on you by James Higham on Saturday, June 06, 2009