[a woman’s fragrance] last in the armoury

Welshcakes wrote an interesting piece on aromas, including perfume:

Recently I nearly came to blows with a friend over the
matter of perfume. I was both surprised and upset by what this person said,
which was, basically, that he liked people's "natural" smell and preferred women
to wear no perfume at all.

I was surprised because it had never occurred
to me that any woman would go out - or stay in, for that matter - without
putting perfume on, and upset because I drown myself in YSL Paris every day and
it's as much a part of me as my make-up and clothes.

I've always
regarded perfume as essential and have been proud of wearing a scent that has
become my "signature" one. My friend pointed out that some people may not like
it, to which my response was that they could stay away from me, then, though I
did take his point about allergies.

But heavens above, as an asthmatic I
suffer from enough allergies myself and I don't think a good perfume can be
classed with something positively harmful, like the odour of tobacco smoke.

Talking of fashion, I wonder what you all think about jewellery? I am of
the opinion that the right piece of costume jewellery can "make" an outfit and
have been known to buy a brooch or necklace first and then get an outfit to set
it off! But I also believe you can wear too much of the stuff, a view not shared
by the majority of Italian women, who pile it on. Chanel famously advised, "Look
in the mirror before you leave the house - and take one thing off!"

That's fine with me as long as that one thing isn't my perfume! 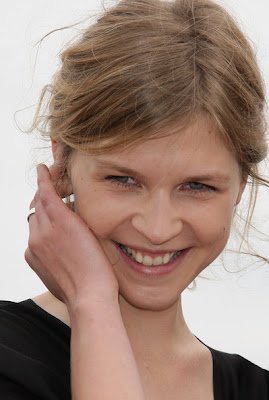 Perfume is a signature

Was there ever such an issue to illustrate the divided opinion between men and women as a woman’s fragrance?

Most men’s opinions of perfume range from ‘it’s a bloody waste of money’ and ‘they know how to rip off women, don’t they’ through to ‘that smells nice - what you’ve sloshed over yourself before we go out’.

At best, men don’t profess to be experts in this – it’s a woman’s thing. The theory is that the fragrance merges with your own body aroma to create an enticing effect and either unconsciously or subconsciously, the targetted males are affected, the peripheral females quite consciously picking up on it too and realizing how classy that woman is.

That might be the theory, based on each woman wishing to feel special but the reality is that it gets lost, particularly in an office. If you’re wearing the most subtle of forest scents, it will get lost in the plethora of other females present, especially some young girl who’s splashed on a spicy, sporty mix which overpowers the room plus the smoke in the air, plus the gorgeous bodies which grab the man’s attention from a distance before the fragrance has even had a chance to do its job.

Yet women persist in paying exorbitant amounts for the stuff. I happen to agree with the woman here, simply because she feels it’s so vital to her.

To her, this fragrance is a statement, it’s her signature, it sets out her stall, it can define her, so if she’s wearing, say, a light floral during the day but moves to a heavy oriental at night, there is a message there, if the man cares to receive it. Certain classics might say, “Hands off me, I’m far too much of a queen for you.’ Chanel Chance might say, ‘I’m feeling fresh and flirtatious,’ but some say it’s more suited to a younger woman.

By far the most important reason for a woman wearing her perfume is that it makes her feel good inside; she actually enjoys the feel of it on her. So, if she’s wearing a certain fragrance which makes her happy and gives her confidence, if she’s prepared herself with care and everything seems to be in place, a man would do well to recognize it and comment if he wishes to have any success in that direction. 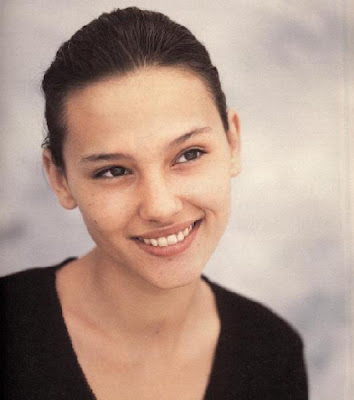 The science of perfumes

For the boys, these historically famous perfumes below illustrate the thinking which goes on behind them:

Miss Dior by Christian Dior: chypre, sage, gardenia, rose, patchouli, and labdanum. This classic scent is perfect for the office. The scent itself is quite complex, it is marketed as refreshing, woody and mossy - and to be honest that's not a bad description.

Chanel No. 19: floral, woody, and green. Notes of neroli (a flower oil), galbanum (a resin from some Asain plants), may rose, and irises from Florence finish with a chime of chypre with a subtle, woody vetiver (an East Indian grass). The refreshing yet flowery scent of Chanel No 19 never fails to remind me of sunnier days, which is always nice in cold gloomy weather.

Chanel Allure: bergamot (a herb), mandarin, water lily, magnolia, jasmine and may roses, vetiver (an East Indian grass) and, finally, velvety vanilla. Chanel Allure has a feminine, sophisticated, light smell of an oriental, floral fragrance. It is fresh and light, aimed at a younger market than Chanel No 5. Allure is a beautiful perfume.

Shalimar by Guerlain: (Gare-lahn) contains bergamot, lemon, and patchouli accented with vanilla, sandalwood and musk. Shalimar is a classic perfume from Guerlain, which was popular, although very exotic, in the 50's. According to one reference, it "was inspired by the timeless love story of an Indian Emperor who designed the Shalimar gardens for the wife he adored. [...] The hint of musk from exotic spices such as amber and vanilla were considered too overtly sensual for refined women at first."

Each fragrance has its own message and in my second book, Lemmings, each of the women had three or four which reflected her personality. 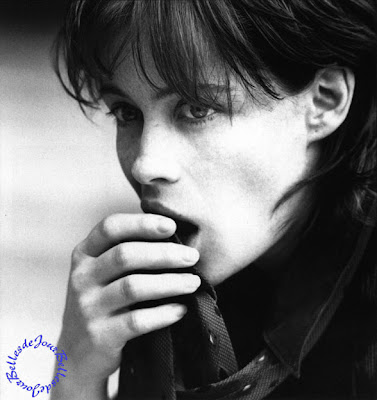 In the field of overall presentation, perhaps ‘natural’ can be interpreted to mean ‘as cunningly natural as the woman can get away with’ and in this, the French have the game sewn up with the number one rule of style:

Admittedly, the Italians have a different approach to the same subject but then again, they have a different skin tone. The Russian women are slowly learning how to do it but still tend to be as heavy-handed as the Italians, particularly the rich middle-aged. I can’t comment on Anglo-Saxon women because I don’t know any these days.

Look at the people in these pictures – Clémence Poésy, Virginie Ledoyen, Emmanuelle Beart, Sophie Marceau and Ségolène Royal; age notwithstanding, they all follow this rule, blemishes are not particularly papered over and look at the unpaintedness of the fingers. You might say Sophie Marceau is very much made up but the effect is still ‘natural’, it’s subtly done, it’s not made-up to look made-up.

The French approach to perfume is also subtle – just a dab in the right places and even some unusual places, at the critical times. Combined with the maxims: clean and groomed, simple but well cut attire, something expensive, something naughty and flowing body movements, it’s hard to resist.

These were mentioned in Welshcakes’ article.

I have to confess that I’m allergic to many perfumes, particularly the cheaper variety, which always gets the rhinitis going. However, if a woman cares for the man at all, she can use a particular fragrance she’s learnt does not bring on massive attacks, which she likes, which she can then use sparingly and all is well.

Fragrances are not selfish – they are interactive … or should be. 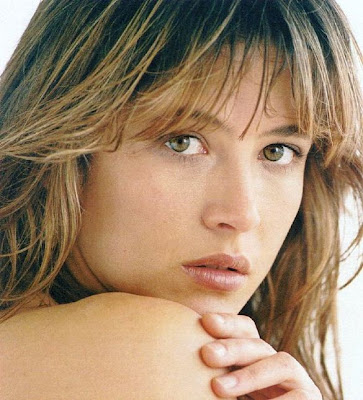 There are many Russian girls who think they need only take care of the outer shell and feel that the inside - the nature and personality - are hardly of any consequence and to an extent, they’ve learnt that from the Russian man’s approach to lovemaking.

Writing as a man, I suppose the first sorting out is the look, the attire, the way she holds herself, as viewed from a distance, the way she moves, whether she’s the type he likes.

Closer, it’s how she’s looked after herself, how well she’s groomed, an offputting aspect being if she looks expensive and high maintenance. Better to pass on her and find someone equally as ravishing who’s not going to cost the earth.

By now there’s a two way process going on which involves the man himself and how he presents. If he fails in this regard, he’ll get the haughty bitch effect from her. If he intrigues her, then it comes down, in his eyes, to the niceness or otherwise.

Penultimately, the critical test is when she opens her mouth and starts the conversation. How many women have fallen at this hurdle?

In this whole process, perfume comes a very long last. Yes, it has a vital place in a woman’s world but nowhere near the extent, in the wider world, to which she hopes it would be or should be. 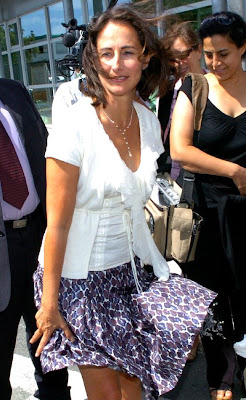 What can a woman do?

If she’s still in the game [and which woman would claim she’s not] then my humble suggestion is that she deals with the way she moves first. Anne Boleyn was a classic case in the way she returned from the French and Austrian courts and knocked ’em dead back in London.

It was partly the accent she’d picked up but far more powerful was the way she moved, with that blend of the elegant and coquettish which drastically lowered her true age. I once had a 36 year old wife [they’re not all 23, you know] whom I’d thought for months was 27, until she showed me her passport.

Look at how the French woman stands and sits also, her poise and you’ll get the idea. It’s the same for men too. I was interested hearing Matt Damon speak of this and how his body movement was edited to create the effect. Apparently, my own is not unlike a guided missile combined with a faintly amusing shuffle, so I believe, which makes it hard to be taken seriously.

One of the funniest things I ever saw was a Russian girl I was at the beach with, whose claim to immortality was her curves and shyness. Coming out of the water, she had to go past a group of men and went into the hip swagger in such an exaggerated way that they burst out laughing. You can only do what you can get away with, that which your body shape allows and anything else is vaguely ludicrous.

For the more mature, it’s how ladylike she can come across as, which now moves on to the question of attire. Simple, well cut, concealing the weaknesses and highlighting the positives is the only rule. She should forget all the accessories, going out festooned like an ocean liner, forget all the too-busy ornateness – she should simply rely on her elegance and poise but that comes from inside her head and heart, doesn’t it? A man-hater, for example, can never bring off the effect – sooner or later, the cloven hoof will appear.

Somewhere in here has to come the ‘air of mystery’, the alluringly arcane. That’s all right to an extent, especially if she grudgingly allows her secrets to be revealed one by one but if she overdoes the mystery thing, then she’s just a dishonest person and not worth bothering about.

Finally, again, it comes down to the perfume, always last on the list. 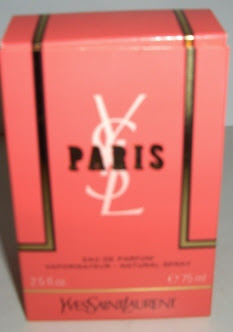 In the words selected by one other beautiful woman:

Either we are in the universe to inhabit the lovely eternity of our souls
and grow real, or else we might as well dedicate our days to shopping and kill
time watching talk shows.