[birth] miracle of life or a pain in the proverbial 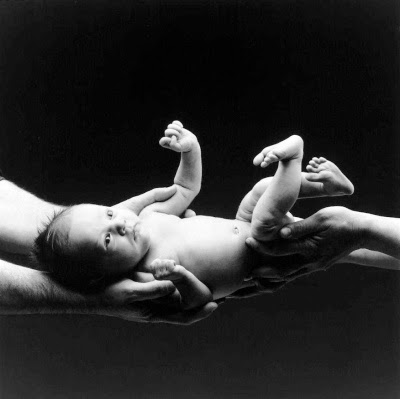 Interesting post on giving birth here.
My mate tells me my recent posts have been cr-p so here's another one in the same line:


Sadly, I can’t claim any first hand experience of giving birth and like any issue I’m shut out of, it’s of interest to your humble blogger.

My only experience of such matters has been to be present at a few of these momentous occasions and in each case I couldn’t help thinking, ‘Better her than me.’

Well, anyway, there is a section in the latter half of the last book of mine which deals with babies being born all over the place and in the interests of variety, I had to make some of the births easy, following good preparation and some a bit … well, I hardly like to use the word ‘messy’.

I’d be delighted if some of you could describe your experiences of birth, as it seems a sort of miracle to me.

Along the way, I came across … hmmm … found is a better word … found some snippets I’ll now share with you.

Dr Patricia Rashbrook and her husband, in 2002, had a 6lb 10oz baby they named named JJ. The point of interest was that she was 62 years old. Hope for us all yet.

She was described as "selfish" by pro-life groups for having a child at such an advanced stage in her life and she promptly told them to get knotted, that she and her husband were meeting all the child’s needs. The fertility treatment had come from the Italian doctor Severino Antinori.

She wasn’t the only woman in her 60s to have a child. The oldest woman in the world to give birth is thought to be Adriana Iliescu, from Romania, who had a daughter called Eliza Maria in January in 2001, at the age of 66.

This blog’s advice is not to try this at home.

At the other end of the scale, we have a 1.3 metre tall 9-year-old girl of the Apurina tribe in Brazil's Amazon rainforest who gave birth to a baby. She apparently had an almost full-term pregnancy but her weight was below normal.

A doctor, Christiane da Costa, from the hospital where the girl had a Caesarian section, reported, "The girl is only starting to feel that she's a mother, with the help of our psychologist. She's still playing with her dolls and watching cartoons in her room, like a child would."

The girl had spent three months in the hospital under observation after her 19-year-old sister took her to Manaus from the riverside town of Manacapuru. She had a high fever and was initially diagnosed with malaria, pneumonia and an ear infection. Authorities were reportedly investigating local tribal customs in that village.

This blog’s advice is not to try this at home.

From another more orthodox account of a birth come these observations:

“Even though I was ten days "overdue" I hoped nothing would happen for at least another week or two... Giving birth frightened me more than I had told anyone.

About three pm, [I] had to stand leaning at a table because my back hurted so badly...

I sat in the sofa, clock in one hand and pen in other, timing each one. Now and then running around the house trying to organize my packing of the bag for the hospital.

A nurse came running and almost didn´t stop while checking us in. Short of breath she asked "Where to? Light or Normal?"

I leaned towards a wall as I tried to figure out what on earth the woman meant ... the nurse cut me off with a sigh "Okay, okay You can go to the Normal, but we are rather busy today... "

I asked about enema. “We don’t use those anymore, it´s only natural ...” I had to stop her and explain that I hadn´t been able to "go" for several days. Finally she agreed but gave the enema was given with no respect for any privacy. Door open and people running around looking in...

Our designated midwife ran all the tests. (vaginal and external examination, CTG, blood pressure and other) She than told me that the baby was a bit "high" and the best for me would be, not to lie down during the opening- phase. The midwife chasing me up each time i tried to lie down "upright as much as possible makes it all much quicker!"

My arms were totally numb, I was all sweaty and hardly managed to catch my breath between the enormous contractions....

Without any explanations she broke the membranes (amnion) in order to speed up the procedures... As I asked if I could please try to breathe the N2O for the pain, her reply was: "Oh, I thought you had taken it already...."

She ordered me to assume "gyn-position" [and] we were a bit puzzled.
“I´m just going to check that your baby is Ok, we are going to take a small blood-sample.”

My dis pair and anxiety grew and I started to cry. Not from pain, but from concern over my unborn baby.

"I feel an unconformable pressure at my rear end..." I whispered to another nurse. The nurse was convinced "we will fix that with the bed-pan... "in an inferno of pain she forced me to climb a portable chamber pot.

No, nothing happened in it... "Couldn´t it be the baby coming...?" I moaned. "Oh, no You are a first-timer, I bet you have many hours ahead, and anyway, the baby isn´t below spinae yet..."

I still hadn´t realized that this simple and common test measures the amount of oxygen reaching the baby, and doesn´t at all indicate anything being wrong.

Fine, said the midwife, not even bothering to check the dilation first. i was to receive epidural pain-relief.

Four in the morning, exhausted, large as an elephant, movable like a ninety five years old, in a sweaty hospital-robe, water running down my legs and contractions twice a minute I wasn´t really at my best.

The doctor came in. Handsome man in his early thirties, a total ass hole. He started out telling everyone who cared to listen how many important patients he had, waiting right now, and what he thought about this, having to run around giving injections to sissies, unable to have their baby s in a natural way...

Finally, the anaesthetic hit me and in the same moment the nurse made an examination just to realize that "oh, look at this, you are already fully dilated!!".

She ordered injections of syntocinon to stimulate the contractions and now the real inferno began!

I can´t remember clearly what happened for about an hour but I know I clinged to my husband screaming "Do anything, cut me up, but take the baby out, I can´t stand this anymore!!!"

Suddenly the doctor and nurse started quarreling above my head about an injection. My husband interrupted, he finally found this too much and threatened to sue them all if they didn´t go back to work.

Anyway, two nurses lying on my belly, pushing, while the plastic-doctor pulled the handle with all her power...

It felt like popping a balloon when the tissues broke from the quick stretching. "The head is out!" my husband shouted and tried to pep me up, I screamed and tried to push but nothing happened.

Finally it came and a blue and messy little creature came out, coughed, screamed and were placed directly on my belly with a warm towel on top. "It´s a boy!!"

Enjoying the silence and the smell of the newborn baby, the absence of pain (except for some very sore parts below...) I didn´t quite understand that I was a mother, no concern whatsoever about the baby being a boy or a girl

I was disposed of into a dark storage room where I waited for hours. I hadn´t eaten for more than 24 hours and lost 2.4 liters of blood.

On fourth day I was very concerned. I had no milk for my baby and he was now dry and tired. For four days he had been screaming all the time, nurses denying me to give formula since "you will soon get milk, be patient" he now had stopped crying and slept for nine hours.

[The nurse said,] "Oh Lord, anyone should know that there is absolutely no chance of getting any milk after losing that amount of blood!!!"

The name of that hospital, by the way, was Danderyd, North of Stockholm. Bloody hell! This blog’s advice is not to go to a hospital.

Apart from the incredibly callous hospital staff, the appalling procedures and non-existent care, which I can’t say I’ve ever witnessed although one particular lady of mine had to have heaps of injections and all manner of fearsome attention, it was this account above which really brought home to me, with such force, what women have to go through to have a child.

I’m trying to come to terms with it in my head. We make the beast with two backs one night in a fit of lust and nine months later, give or take, she has to go through all of that.

This blog’s advice is to be a man, if you can.