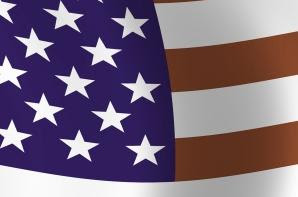 Oh, say can you see by the dawn's early light
What so proudly we hailed at the twilight's last gleaming?

What has America so proudly hailed last night? Just as the 1977 Aldrich film of the same name sank him into oblivion, I fear that any speaking out against this glib victory will be silenced by the cold shoulder of the entranced.

Blair came to power mouthing sentences without predicates, verbs or specifics: "Now is the time to do," "Britain forward, not back," and "If you value it, vote for it," and Obama has learnt from it: "Yes we can," "Change we can believe in," "If you believe that, I have a bridge I want to sell you in Alaska."

Oh, there is no doubt that the orchestrated insult to the intelligence will now be in full cry. The markets will rally, stocks will rise, the power will cease to bring the people to their knees for some time and give some respite. Obama will have victories and in spite of himself, he will find consensus. He'll be hailed as the Messiah America and the world have been hoping for. He is naive and therefore can be guided. Or coerced. The perfect president.

Then he'll go into the Middle-East and meddle with Israel.

That the havoc of war and the battle's confusion,
A home and a country should leave us no more!

We are just through the opening song in a bad horror movie. Pages and pages of quotes from key figures in the last decades should have given us pause for thought, should have woken us from our slumber. Over here, we voted in two Bilderbergers to wreak havoc in Britain and now bitterly regret our folly.

Oh my goodness - this is their rhetoric down to a T.

Do you think Iraq was not a scene in a grand play, the grandest play of all, when GHW Bush's own certificates for servicemen stated it clearly [see pic below]? Why do you think the recent incompetence of the Fed and the CBs could contrast so starkly with their earlier savvy modernism? Why have banks gone to the wall, only to be rescued? Why have businesses gone to the wall and not come back? Have you not noticed how the finance is now legally centralized, even as the EU tightens its wasteful grip and the U.S.A. quietly passes its effective sovereignty to the NAU on March 23rd, 2009? Why was nothing done about immigration? Why was Islam given its toehold in western "democracies"? How do jihadis get through? Where is the promised Great Wall of Mexico?

Why are these things so? Many have written on the subject:

Some people call it socialism, some collectivism. I prefer to call it 'democratic centralism.'

The important point to remember about this group is not its ideology but its organization. It is a dynamic, aggressive, elite corps, forcing its way through every opening, to make a breach for a collectivist one-party state. It operates secretly, silently, continuously to transform our Government without our suspecting the change is underway.

This secret revolutionary corps understands well the power to influence the people by an elegant form of brainwashing. We see this, for example, in the innocent use of words like 'democracy' in place of 'representative government.' " [Senator William Jenner of Indiana - Feb. 23, 1954]

That quote refers to a collectivist one party state. Wild McCarthyist rhetoric? The rantings of a loony? Then how do you account for this paragraph in the Telegraph article this morning?

Democratic gains of up to nine seats in the Senate would give Democrats the 20-seat majority they need to withstand Republican filibusters and herald a new period of untrammeled one-party rule in Washington. 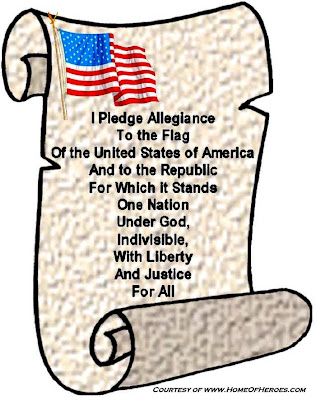 This is the reality of what America has just voted in, for itself:

May 18, 1972 - Roy M. Ash, Director of the Office of Management and Budget, declares that: "...within two decades the institutional framework for a world economic community will be in place...and aspects of individual sovereignty will be given over to a supernational authority."

The notion has been running through the corridors of power for some considerable time:

October 28, 1939 - In an address by John Foster Dulles [later U.S. Secretary of State], he proposes that America lead the transition to a new order of less independent, semi-sovereign states bound together by a league or federal union.

"...submergence of U.S. sovereignty and national independence into an all powerful one-world government..."

1975 - In Congress, 32 Senators and 92 Representatives sign "A Declaration of Interdependence," which states that "we must join with others to bring forth a new world order...Narrow notions of national sovereignty must not be permitted to curtail that obligation." Congresswoman Marjorie Holt refuses to sign the Declaration saying:

"It calls for the surrender of our national sovereignty to international organizations. It declares that our economy should be regulated by international authorities. It proposes that we enter a 'new world order' that would redistribute the wealth created by the American people."

Where are these ideas springing from? Here is one source:

"There does exist and has existed for a generation, an international network which operates, to some extent, in the way the radical right believes the Communists act. In fact, this network, which we may identify as the Round Table Groups, has no aversion to cooperating with the Communists, or any other groups, and frequently does so.

I know of the operations of this network because I have studied it for twenty years and was permitted for two years, in the early 1960s, to examine its papers and secret records. I have no aversion to it or to most of its aims and have, for much of my life, been close to it and to many of its instruments. I have objected, both in the past and recently, to a few of its policies, but in general my chief difference of opinion is that it wishes to remain unknown, and I believe its role in history is significant enough to be known."

Secrecy. Here is one chief executive speaking specifically on this point:

Kennedy spoke from the heart, as does Obama. Both were put into power by forces behind the scenes, forces in control of the chief executive, or so they assumed. In Kennedy's case, there is a body of opinion which says he turned his rhetoric into a real belief in himself and his messianic mission. There are parallels here with Obama.

The socialist friends I have all have good hearts and really believe that it will relieve people's suffering for society to be re-engineered and for wealth to be redistributed forcibly. They speak of "fairness" but advocate coercion to achieve their concept of it. They seem to have no notion of the importance of "incentive" in producing the wealth they will then redistribute. They are focused on "injustice" and "prejudice" and see socialism as the ony way to make things right. They speak in Kennedian language.

The problem is that they are naive. They play right into the hands of the wolves and piranhas skilled in double-speak and ingsoc who pretend they are acting for freedom when they are really acting for slavery. Now Americans have voted a person in and have no idea that they have given him almost unlimited power, power which he does not himself have the wherewithal to exercise because of the forces which placed him in the presidency. If he does try, if he does start to follow his own rhetoric into action ... well.

This is the sort of thing he would be up against. Here is Pulitzer Award winning Professor Emeritus James McGregor Burns, in his innovation in leadership theory, which has been influential with all potential leaders of state, writing in "The Power to Lead" [1984]:

"The framers of the U.S. Constitution have simply been too shrewd for us. They have outwitted us. They designed separate institutions that cannot be unified by mechanical linkages, frail bridges, tinkering. If we are to 'turn the founders upside down' - we must directly confront the constitutional structure they erected."

The extremes of right and left are no different. This is where the BNP, the John Birch Society, the communists and the national socialists all lie. All have agendas of social engineering, redistributing wealth and centralized command and control. Far worse than these are the so-called "patriots" in the military industrial complex, the latter term a notion emanating from the farewell speech [1961] of the Chief Executive and former Commander of all Allied Forces, Eisenhower but laughed to scorn by many Americans :

In the councils of government, we must guard against the acquisition of unwarranted influence, whether sought or unsought, by the militaryindustrial complex. The potential for the disastrous rise of misplaced power exists and will persist.

We must never let the weight of this combination endanger our liberties or democratic processes. We should take nothing for granted. Only an alert and knowledgeable citizenry can compel the proper meshing of the huge industrial and military machinery of defense with our peaceful methods and goals, so that security and liberty may prosper together.

Does my memory serve me correctly that Ike was a patriotic Republican? This is what I am driving at here. What Ike was effectively saying was that you look at a man in a uniform, speaking of patriotism, democracy and freedom and you take him to be a patriot. Yet the quotes above are far from patriotic to America. The notion is too bizarre for the average person in the street to comprehend but it is so.

Some blogfriends said that America is a republic, not a democracy. I would suggest that America is an oligarchy and now it has a chief executive who has a mandate to alter the face of America, signing over vast amounts of sovereignty on March 23rd, 2009 to an NAU and no one can do anything about it because:

1. most Americans are in thrall to his charisma;

2. he has the political power to ram proposals through both congress and the senate.

Worse than this is that he is naive in the exercise of that power and will be subject to advice - the wrong advice. Plus coercion.

America has just signed its death warrant as an independent nation, as Britain did some years back in Nu Labour. Now Brown has come out with his "new financial architecture" of the world and is being roundly praised for it by the Round Table. Have you looked at this in any detail? It will repay the time spent. It is now impossible for England to exist as an entity and impossible for Britain to exist either with the provisions of Lisbon and the sheer weight of intrusive EU legislation stymiing every move to relieve the suffering of the UK.

Our task is not to weaken support for the IMF and World Bank at a time when the need for surveillance and coordination across the world is more pressing, but to strengthen them by building the operational rules and architecture for the new global financial system.

Ditto for America in the nearest future. And who will defend the sovereignty of the ordinary American and uphold the constitution? Obama?

And for how long can blogs publicize what is going on? Australia has brought in internet censorship. How long until America and Britain follow suit?

Small voices will still cry out, in ever decreasing numbers, to the bitter end:

Then conquer we must, when our cause it is just,
And this be our motto: "In God is our trust."

Inflicted on you by James Higham on Wednesday, November 05, 2008