[britain] easy on my mind 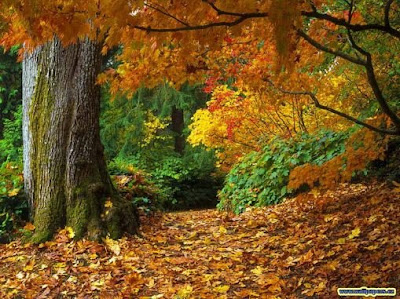 Fabulous autumn day in the woods today and in the words of John Buchan's Richard Hannay:

"I could not contrive to feel careworn."

The colours, from light green through the browns to orange and the canopy of branches were soft on the eyes and the smell of the forest was something else. Everyone walking past was acknowledging everyone else with a nod and the nastiness of the past week just dropped away. Squirrels hopped about and ate nuts between their paws and birds called.

I'm going to run posts on the best of Canada, the U.S., Australia and Russia at some point but today is "the best of Britain". Britain has a few things going for it, despite the recession, despite the ASBOs, despite this government and their USSR mentality, despite lots of things.

1. There is a sense of history. Even woods have a history to them, an ancient name and you can imagine hunters in there 700 years ago, the deer and so on. The castles and historic buildings, the mews and the like go without saying.

2. There are such restrictive planning laws over here and yet that cuts both ways. Local councils preserve the look of an area and for people already living there, there is a strong element of conservation in place. Building tends to be upwards rather than of the sprawling ribbon variety and whilst that creates a boxed-in, huddled together village effect, it allows much woodland and field to remain intact, along with wildlife. 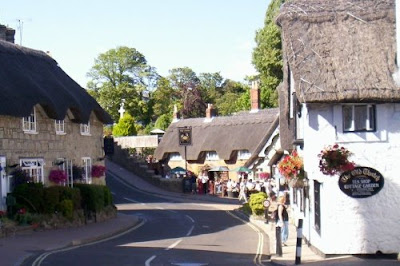 3. The colours are so rich and vibrant. Australia has its dusky hues, very nice too, Sicily has its light, rocky, sandstone feel but here it is closer to primary colours.

4. There is a climate of eccentricity here which spills into, say, the motoring field. I know people in the States who do up old Buick 56s and so on but there is a different feel this side of the pond. Here there's a ready acceptance of Healey replicas, frog-eyed Sprites, Cobras and Caterhams and train spotting is a recognized pasttime. It allows someone to breathe, this atmosphere.

5. Climate - there are four seasons, sometimes in one day and today's cool dampness, with a bit of a breeze, was quite soothing. Nothing gets too extreme.

As I said, I'll extol the virtues of the other countries in subsequent posts but today I'm just looking at Britain. I couldn't imagine anything lovelier than to have a little place near the woods, themselves near water somewhere, working online from home and doing a bit of dinghy sailing and rambling in my spare time.

If only. Maybe it will be possible one day.

Inflicted on you by James Higham on Saturday, November 15, 2008