Stargazy Pie and how to improvise 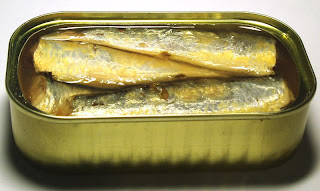 Today, Nourishing Obscurity has a scoop.

Griselda Haveshott is a lady I met on my last trek through the west country of England in Lower Titcup, not all that far from Warminster at the local watering hole. When she told me she was the editor for practically everything at the evening newspaper, I just had to get her to guest post on this blog.

She took some persuading but here’s her first piece below without comment. Welcome, Griselda.


James has been corresponding with me for some time, I’m not sure why, and he asked me some time back to do a guest post on his blog. Well I don’t know but I said I’d give it a try if he’d edit it like so I wouldn’t look a complete twat. I write for the Greater Titcup Echo, the evening paper in Lower Titcup, down here in the west country and there’s hardly any time for my own writing, what with being the fashion editor, cricket correspondent and personal advice columnist, let alone Graeme Pollard, that’s my editor-in-chief, giving me the food and wine column as well now that Enid Barnes has left to have a baby and the twin boys are doing fine except for a slight bronchial complication with Justin, the younger by a half-head.

When I asked James what he wanted me to write on, he suggested women’s issues but I’m not the woman’s editor, that’s Bridget Proops, sister-in-law of the well-known Geraldine Proops, wife of Sir Raymond Proops the local squire round these parts although he’s sold off most of the manor and they’ve just kept up the Foss Hill house (we call it the Big House), overlooking Balsall Bridge over the Isk River. Actually, it’s just a stream really before it joins the Aster further down towards the lock but it’s quite pretty you know, the view from Squire Proops’s hill like.

I suppose the best way to open my account (my cricket writing shows out here) is to give you the recipe for Stargazy Pie. I’ve been accused by mean-spirited people of pilfering this from Jane Grigson’s Observer book of British cookery but it’s not, it’s mine, well some adjustments are mine anyway. And I never took nothing from Mrs. Beeton who’s not so pure herself when it comes to pinching ideas, is she? 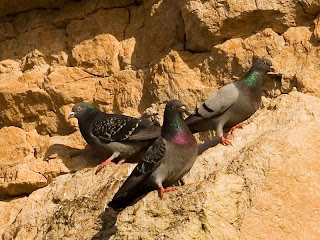 Roll out pastry for double crust pie plate. Cover the plate, brush the rim with water and roll out another piece for the lid. Keep it aside. Preheat the oven to 200 degrees C or 400 degrees F.

Clean and bone the fish …

NB: Anyone who knows the west country knows that pilchards went out long ago and now all you get is mackerel so clearly you have to compromise here. I suggest pigeons. Yes, I know, I know. You can’t get squabs anymore so the best bet is the readily available wood pigeon. Not as tasty but there you are.

Here we need to go to Mrs. Beeton (Ward Lock edition) who say lop off the heads of a brace of pigeons, cut each of ’em into four and lie ’em on their bed of gore (no, that’s Wallace, i’n it?). Well, all right. Let’s do the chopped bacon and hard-boiled eggs. Well actually, you need to lay the pigeon bits down first, making sure the heads are sticking off the edge of the plate, gazing up at the stars, I expect this dish has to be prepared at night or at the very least, mid-evening.

Push the mix in between the pigeon bits, put the pastry lid over the top, pushing it down to the pastry below so that it forms a wavy effect as if it’s all at sea, this dish like. Did I mention you have to do a pastry base first? Brush with beaten egg and bake for 30 minutes, though as it’s pigeons like well you have to give ’em 15 minutes extra at a reduced heat.

Serve with a jug of Malmsey wine. If James will have me here again, I’ll be back in a few days with advice for the lovelorn: you should see the hanky panky down our way, what with Joe Kelly and Anita Proops the younger (she’s one of the Proops, you know) but that’s a story for another day.

James, how did I go first time? I wanted to put in a photo of the quartered pigeons you know but I suppose you know best and all the pictures are from Wikipedia like. 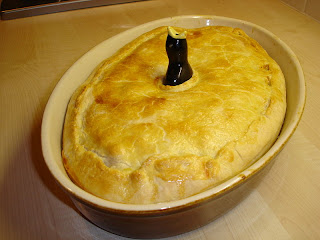 Didn't have a photo of the pie with the heads sticking out so had to follow this idea and have a porcelain head sticking out of the middle of the pie.