I would like to share with you a place I found quite moving - the Old Jewish Cemetery in Prague. It was founded in 1478 and for more than 300 years it was the only burial ground where Jews were permitted. It is quite compact in space so burials were on top of one another, sometimes up to 12 deep. The site contains an estimated 100,000 bodies and over 12,000 gravestones.
The stones are amazingly jumbled and quite fascinating. I like the following picture because to me it shows the cycle of death and life. 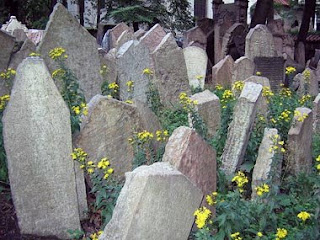 And here you get an impression of how close the gravestones are. 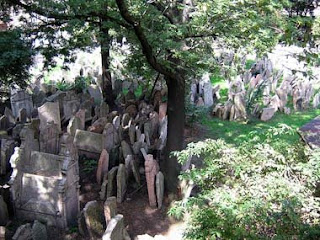 The only way into the cemetery is through Pinkas Synagogue which was founded in 1479. Today the Synagogue is a memorial to all the Jewish Czechoslovak citizens who were imprisoned in Terezin concentration camp and later deported to various Nazi concentration camps. On the walls of the Synagogue are the names of 77,297 people who didn't return! The building also houses an exhibition of children's pictures from the Terezin concentration camp.
My first step into the building, seeing all those names on the wall was quite overwhelming. There was no way I could have photographed it for lots of reasons but here is a photo so you can get an impression of it... 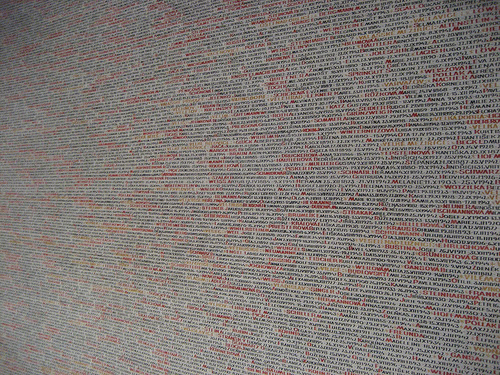 This photo was originally uploaded by: ccarlstead.