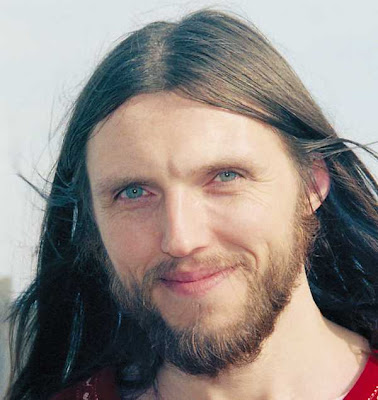 A bizarre six-month standoff came to an end in May, when the last few members of a Russian doomsday cult that had holed themselves up in a cave awaiting the end of the world finally gave themselves up. The cultists had threatened to blow themselves up using gas canisters if the authorities tried to remove them, but during the siege two women had died and the resulting stench eventually drove the remaining holdouts from their lair. The cult leader himself, Pyotr Kuznetsov, had chosen to direct operations from the rather more comfortable environment of a nearby house, before being hospitalised last month after attempting suicide by bashing his head repeatedly against a log. He is currently in a local mental hospital, his condition described as “stable”.

There are plentiful examples of colourful cults from around the world, many of which are harmless (my own favourite hails from the tiny island of Tanna in the South Pacific, whose inhabitants worship our very own Prince Philip as a deity), but in the European media, talks of “cults” normally centres around infamous American examples, from Jonestown through the Branch Davidians to the recent scandal surrounding the Yearning for Zion ranch in Texas. Yet there is little doubt that, when it comes to fringe beliefs, Russia is the market leader.

Depending on who you ask, there are anywhere between 600,000 and a million Russians in the thousands of sects or cults that have sprung up in the country over the last decade in particular. Most of these, like Pyotr Kuznetsov’s True Russian Orthodox Church, have obvious roots in the established state religion. Others are more esoteric, from the Georgian mystic in Lithuania, Lena Lolisvili, who prays to God to energize toilet paper that she then wraps around her patients to “heal” them, to Grigory Grabovoi’s “DRUGG” [“friend”] Party, which claimed to be able to resurrect the children killed in the Beslan massacre – for a fee, naturally.

Grabovoi’s audacious tilt at the Russian presidency had to be shelved, sadly, when he was imprisoned for fraud, which was a shame; his first act upon assuming the reins of power would have been to "immediately issue a law prohibiting to die", which I would have liked to see. But the overlap between charlatanism and politics remains; a small group in Novgorod who style themselves the “Rus’ Resurrecting” sect worship an icon of Vladimir Putin. "We didn't choose Putin," Mother Fontinya told Moskovsky Komsomolets. "It was when Yeltsin was naming him as his successor [during a live New Year's Eve TV broadcast in 1999]. My soul exploded with joy! 'An ubermensch! God himself has chosen him!'" I cried. "Yeltsin was the destroyer, and God replaced him with his creation". Well, I guess he got her vote.

Perhaps the most famous of Russia’s many current Messiahs is Sergei Torop, aka “Vissarion”, a former traffic cop who experienced a spiritual awakening in 1990 and promptly set up a self-sustaining community on a remote mountain in the Siberian wilderness. Now known as – what else? – the “Jesus of Siberia” [for whom, as the photo at the top demonstrates, he is, in fairness, a dead ringer], Vissarion’s network of communes is thousands strong, and the holy one claims up to 100,000 followers worldwide. His “gospel” is at once wildly idiosyncratic yet pretty typical of Russian sects; a fusion of classical Orthodox doctrine and Eastern mysticism, with a hefty sprinkling of environmentalism and New Age nonsense thrown in for good measure. And the man himself is modest but firm when asked whether he is indeed the second coming of, you know, the big guy himself: "It's all very complicated,” he told a Guardian reporter who went to interview him, “but to keep things simple, yes, I am Jesus Christ.”

Vissarion is slightly unusual, in that he does not seem to be fleecing his adherents for every rouble he can get. Salvation, in Russia as elsewhere, rarely comes cheap; many cults demand hefty tithes of their adherents’ incomes, and some are patently nothing more than scams. But that’s not to say there’s nothing in it for the Jesus of Siberia:

"[My wife] was the one woman who would open the whole world of women to me," he says. "Through her, I knew I could understand all women; what women's weaknesses are. There are now lots of women in love with me... For me, all people are equally close and I carry large responsibility for them all. So it is, I need to be free. My wife is now learning how correctly to see and regard me, to understand she's not the only woman in my life. There are a thousand others!"

He may be the Messiah, then, but he’s also a very naughty boy.

Russia’s Vissarions only thrive, though, because there is a burgeoning market for the snake oil he offers. The fall of the Iron Curtain saw Russians assailed by change from all sides; the drab homogeneity of the country’s streets and media quickly became a riot of advertising and information overload, a whirlwind of new products and services competing for the citizens’ attention, and their money. In those chaotic Yeltsin years, kooky sects hardly stuck out as they might do in a more settled society; combined with a general rise in religious observance, it is perhaps unsurprising that not all the spiritual answers on offer in the new Russia are entirely sane. And, predictably, a lot of the blame falls on foreign influences; as the chairman of the Russian Union of Writers puts it, "Russia is cloning the cells of immorality that it grasped from Western culture".

For a long time, Russian authorities have adopted a relaxed attitude towards these groups. Their main response, in typical Russian fashion, has been a bureaucratic one; all religions are required to register with the Ministry of Justice, but sanctions for failing to do so are unevenly enforced. The principal opposition to this explosion in religious diversity, predictably enough, is the Russian Orthodox Church, who fire off angry press releases attacking Jehovah’s Witnesses and Scientologists and help to organise seminars with catchy titles like “Totalitarian Sects as Weapons of Mass Destruction”.

It’s easy to mock the self-interested nature of the Church’s warnings, and charismatic loons like Vissarion always make good copy. But one does not have to be a student of doomsday cults to grasp the problem these sects pose, and the scale on which vulnerable people are – potentially – being abused, not just financially but psychologically and, probably, sexually. As the recently discovered letters of Jim Jones follower Phyllis Alexander to her parents demonstrate with chilling clarity, the complete physical and mental submission that comes with cult membership often bears a heavy price. It will come as no surprise if the next Jonestown takes place in the icy wastes of Siberia.

A version of this post previously appeared in Jewcy magazine.
Inflicted on you by Mr Eugenides on Monday, June 02, 2008