[groupthink] the gentle art of persuasion

Before the stick always comes the carrot. Every parent is an amateur psychologist. Every political thinker and writer is also and the techniques are many and varied. Here are some of them:

Creating an esoteric language which both persuades anyone who doesn't understand your termnology that he is ignorant and at the same time bolsters your intellectual self-esteem:

multi-organisational working, cross-boundary working and the global-national-local interface each raise their own set of organisational dynamics which must be surfaced and worked with if collaboration is to be effective.

Cultivating an aura of exclusivity

Creating an aura of a vibrant, free-thinking contributor to change, dynamically going places at a high level beyond the common mortal, beyond the goyim, e.g. Middleton:

Or in a group context:

[We] are looking for candidates who are:

*senior decision-makers within the area covered by the programme
*interested in contributing to the future of their area.

Applicants will be considered according to their:

*current responsibility as a leader through work or community activity
*involvement within the area covered by the programme
*likely contribution to the perspectives and dynamics of the group
*ability to participate fully in the Common Purpose programme.


Identification with a common goal

Aligning your goals and techniques with those of business and sharing their joint concerns, e.g. industrial and corporate espionage:


InfraGard is an information sharing and analysis association of businesses, academic institutions, state and local law enforcement agencies, and other participants dedicated to sharing information and intelligence to prevent hostile acts against the United States.

This is nicely illustrated in a speech not that long ago by Robert S. Mueller, III, Director Federal Bureau of Investigation:

I want to turn for a moment to counterintelligence intrusions and economic espionage. There is no shortage of countries that seek our information technology, our innovation, and our intelligence—information we have spent years and billions of dollars developing.

The simple truth is we do not protect cyber space to the same degree we protect our physical space. We have in large part left the doors open to our business practices, our sensitive data, and our intellectual property.

We understand that we must continue to work closely with all of you—members of the private sector and the academic community.

Think of the fusion center as a hub, with spokes that range from federal agencies, software companies, and ISPs, to merchants and members of the financial sector.

Industry experts from companies such as Cisco, Bank of America, and Target sit side-by-side with the FBI, postal inspectors, the Federal Trade Commission, and many others, sharing information and ideas. Together, we have created a neutral space where cyber experts and competitors, who might not otherwise collaborate, can talk about cyber threats and security breaches.

Members from a host of industries, from computer security to the chemical sector, share information about threats to their own companies, in their own communities, through a secure computer server.

We are also reaching out to academia. In 2005, we created the National Security Higher Education Advisory Board. We asked your president, Graham Spanier, to lead the group. We knew it wouldn't be an easy sell, because of the perceived tension between law enforcement and academia.

The next stage on from identification of a common goal is the "slide":


‘A “slide” is a prefabricated, politically correct, blanket pop opinion, “view” or “take” upon a particular issue of general interest which is designed to preclude further consideration, analysis or investigation of the issue in question. [Soviet Analyst]

Beyond Bullets, in addressing corporate techniques in groupthink, wrote:

It's fine to assume these things, as long as we're aware that our default mode of presenting and informing also means that there is little room for thinking, challenging, dialogue and debate -- a fertile breeding ground for groupthink. The way we use PowerPoint only adds fertilizer to this stagnant pool, because a slide filled with bulleted text only increases the illusion of certainty for presenters and the feeling of passivity for audiences.

The bulleted, pre-packaged concept is used by the Chinese and others to great effect:


Three evils – terrorism, extremism and separatism – are main threat to peace and security of Central Asia, Secretary-General of the Shanghai Cooperation Organisation Zhang Deguang said o­n the eve of the SCO heads of states summit in Astana.


In the English language, the addition of the definite article "the" transforms the package to gospel - "the three evils of ...", as in "we're all agreed this is what they are".

One of the oldest techniques is to rearrange diverse opinion into two antagonistic party lines, e.g. Swift's High Heels and Low Heels and then everything can be argued along such convenient and easily controlled party lines.

So, in a non-partisan debate about wiretapping, one person's incarceration for refusal to divulge information casts her in the role of martyr [she's of our political persuasion] but when it's someone of the opposite persuasion, her incarceration hardly matters:

Lest anyone be confused, this is quite the opposite situation from when former NYT pseudo-reporter/White House shill, Judy Miller, was subpoenaed and went to jail for failing to reveal her sources in the CIA leak case. In her case she was refusing to name White House officials who were involved in government wrongdoing in which she had a role.

Persuaders are ever ready to learn new techniques in assuring your opinion prevails and all other dissenting opinion is marginalized, from the horrendous to the banal:


This paper seeks to fill this gap, by drawing both upon theoretical literature and experience with successful change facilitation practices from Europe and the US. Its focus is on the cognitive aspects of strategic orientation and provides a practical guide to those who use this process.

It doesn't matter if the technique is proven or not - it's new and it sounds great:

The NLP Milton model uses non-specific and metaphoric language allowing the listener to fill in the gaps, making their own meaning from what is being said, finding their own solutions and inner resources, challenging and reframing irrational beliefs.

For example, Grinder and Bandler stated that there were a few common traits expert communicators – whether top therapists, top executives or top salespeople – all seemed to share:


1. Everything they did in their work, was pro-active (rather than reactive), directed moment to moment by well-formed outcomes rather than formalized fixed beliefs.

WF Outcomes as the goal, rather than acting from belief in something?

A Well-formed outcome is a term originating in neuro-linguistic programming for an outcome one wishes to achieve, that meets certain conditions designed to avoid (1) unintended costs or consequences and (2) resistance to achieving the goal resulting from internal conflicting feelings or thoughts about the outcome.

There is no shortage of detractors as to the efficacy of the techniques though:

Neuro-linguistic programming (NLP) is one of many New Age Large Group Awareness Training programs. NLP is a competitor with Landmark Forum, Tony Robbins, and legions of other enterprises which, like the Sophists of ancient Greece, travel from town to town to teach their wisdom for a fee.

The Persuaders require young[ish] people, susceptible to flattery and elitist inclusion, of mediocre intellect, of a conformist bent and likely to rise high. Fortunately for the Persuaders, there are many such goyim out there who want "up".

Some of my own, based on material supplied

References to Common Purpose appear in many other posts.
Inflicted on you by James Higham on Tuesday, February 12, 2008 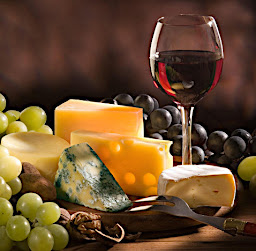