[armistice day] the story behind it 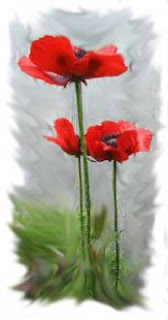 We all know about poppies, the day is celebrated around the world and yet do you know the actual story? The aim of this post, a collation of about ten articles, is to bring together the story in one package.

It was prepared for Russian students and thus repeats many things you yourselves know full well so please forgive that. It is also one of the primary reasons I see no justification for wars being declared. This is not to say we shouldn't be prepared - we should and with the best equipment.

I'm referring to the ruling donkeys deciding that a jolly good war is in order and to hell with the lives of countless young people. Sorry if this makes me hot under the collar.

The events of July and early August 1914 are a classic case of "one thing led to another".

The explosive which was World War One had been long in the stockpiling; the spark was the assassination of Archduke Franz Ferdinand, heir to the Austro-Hungarian throne, at Sarajevo's Town Hall on 28 June 1914.

Ferdinand's death at the hands of the Black Hand, a Serbian nationalist secret society, set in train a mindlessly mechanical series of events that culminated in the world's first global war.

One Thing Led to Another

So then, we have the following remarkable sequence of events that led inexorably to the 'Great War' - a name that had been touted even before the coming of the conflict.

Austria-Hungary, dissatisfied with Serbia's placatory response to her ultimatum declared war on Serbia on 28 July 1914.

Russia, bound by treaty to Serbia, announced mobilisation of its vast army in her defence, a slow process that would take around six weeks to complete.

Germany, allied to Austria-Hungary by treaty, viewed the Russian mobilisation as an act of war against Austria-Hungary, and after scant warning declared war on Russia on 1 August.

France, bound by treaty to Russia, responded by announcing war against Germany and, by extension, on Austria-Hungary on 3 August. 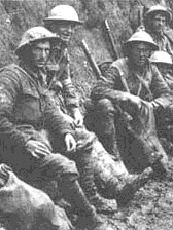 Germany promptly responded by invading neutral Belgium so as to reach Paris by the shortest possible route.

Britain, allied to France by a more loosely worded treaty which placed a "moral obligation" upon her to defend France, declared war against Germany on 4 August.

Her reason for entering the conflict lay in another direction: she was obligated to defend neutral Belgium by the terms of a 75-year old treaty.

With Germany's invasion of Belgium on 4 August, and the Belgian King's appeal to Britain for assistance, Britain committed herself to Belgium's defence later that day. Like France, she was by extension also at war with Austria-Hungary.

With Britain's entry into the war, her colonies and dominions abroad variously offered military and financial assistance, and included Australia, Canada, India, New Zealand and the Union of South Africa.

Italy, although allied to both Germany and Austria-Hungary, was able to avoid entering the fray by citing a clause enabling it to evade its obligations to both.

In short, Italy was committed to defend Germany and Austria-Hungary only in the event of a 'defensive' war; arguing that their actions were 'offensive' she declared instead a policy of neutrality.

The following year, in May 1915, she finally joined the conflict by siding with the Allies against her two former allies.

The Tangle of Alliances

Such were the mechanics that brought the world's major nations into the war at one time or another.

What was a strictly limited and brief war - between Austria-Hungary and Serbia - rapidly escalated into something that was beyond the expectations of even the most warlike ministers in Berlin and Vienna.

Four years later, with the dead bodies of millions of young people lying in the earth and the royal houses of Europe and the generals thinking that maybe it wasn’t such a good idea after all, the war ended.

The term "armistice" means a cessation of hostilities as a prelude to peace negotiations and is always remembered in the context of the end of the First World War – the armistice was signed at 5 a.m. on November 11th, 1918, and came into effect six hours later at 11 a.m. (hence the 'eleventh hour of the eleventh day of the eleventh month').

Rethondes
On 8 November a German delegation met with Allied Supreme Commander Ferdinand Foch - who was to lead the military negotiations - in the forest of Compiegne, some 65 km north-east of Paris. The armistice was formally signed in Foch's railway carriage on 11 November.

The armistice initially ran for 30 days but was regularly renewed until the formal peace treaty was signed at Versailles the following year. Should the Germans have deviated in any way from the terms of the armistice the Allies would have started fighting again within 48 hours.

The French saw the terms of the Armistice and the Versailles peace treaty that followed in 1919 as too soft and tried to take everything they could from Germany. The Germans saw the terms as ‘vindictive’ and ‘humiliating’. The country however was in no condition to fight again and so reluctantly accepted these conditions.

In 1940, Hitler exacted the German revenge by forcing the French to sign an armistice - on German terms - in that exact same railway carriage.

What is Remembrance Day?

Remembrance Day is a special day, November 11th, set aside to remember all those men and women who were killed during the two World Wars and in all other conflicts around the world.

At one time the day was known as Armistice Day and was renamed Remembrance Day after the Second World War.

In America and in Britain, Remembrance Sunday is held on the second Sunday in November. Special services are held at war memorials and churches all over the world. Americans celebrate the day as Veterans Day. 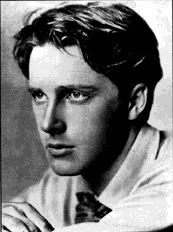 Rupert Brooke - famous for his war sonnets
But why a poppy?

Throughout the world the poppy is associated with the remembrance of those who died in order that mankind may be free, but how many of us are aware of the real reason for it?

Flanders is the name of the whole western part of Belgium. It saw some of the most concentrated and bloodiest fighting of the First World War. There was complete devastation.

Buildings, roads, trees and natural life simply disappeared. Where once there were homes and farms there was now a sea of mud - a grave for the dead where men still lived and fought.

Only one other living thing survived the million or so bodies lying dead on those fields. The poppy flowered in 1918 and kept flowering each year with the coming of the warm weather. It brought life, hope, colour and reassurance to those still fighting.

Poppies only flower in turned over soil. Their seeds can lie in the ground for years without germinating, and only grow after the ground has been disturbed. 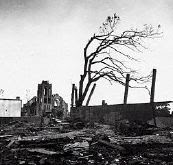 John McCrae, a doctor serving with the Canadian Armed Forces, was so deeply moved by what he saw that he scribbled down the poem "In Flanders Fields".

Excerpt from In Flanders Fields

We are the Dead.
Short days ago we lived, felt the dawn,
Saw sunset glow, loved, and were loved
And now we lie in Flanders fields.
If ye break faith with us who die, we shall not sleep,
Though poppies grow in Flanders Fields.

The day before he wrote "In Flanders Fields", one of his closest friends was killed and wild poppies were already blooming between the graves where he was buried.

Here is a fragment of another poem by Englishman Laurence Binyon, from 1914, which is read out at most of today’s services around the world:

‘They shall grow not old as we that are left grow old:
Age shall not weary them nor the years condemn.
At the going down of the sun and in the morning,
We will remember them.’

The first actual Poppy Day was held in Britain on November 11th, 1921, was a national success and so has continued every November since. 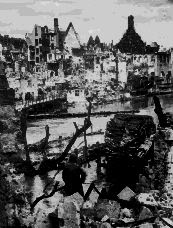 The first Two Minutes Silence was held in London in 1919. The Manchester Guardian reported:

'The first stroke of eleven produced a magical effect. The tram cars glided into stillness, motors stopped dead, and the mighty horses stopped also. Someone took off his hat, and the rest of the people bowed their heads also.

An elderly woman, not far away, wiped her eyes, and the man beside her looked white and stern. Everyone stood very still ... The hush deepened. It had spread over the whole city. It was a silence which was almost pain ... and the spirit of memory brooded over it all.'

This two minutes silence still continues today and though not everyone stops, most do and it is still a very impressive sight. 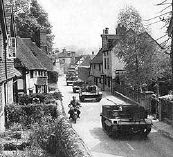 The army has always played a ‘bugle call’ at Reveille in the morning and at Last Post in the evening. This latter signal traditionally ends the two minute silence and is a moving experience for most people.

As the old soldiers die and the young people grow up who never knew of these things, surely this ceremony has lost it’s personal meaning?

Here we come to a moot point, especially poignant in Russia. Here so many of the young have let May 9th slip away and yet more than a few of the new generation fiercely hold onto the memories of those sad individuals and families who were slaughtered.

Not with hatred for the enemy of bygone years but with determination, as distinct from lip service, that the people themselves can prevent it happening again.

Would that it could be so.
Inflicted on you by James Higham on Saturday, November 10, 2007