[rugby] does the code need an overhaul 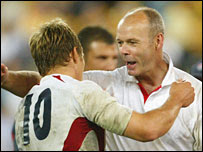 There could be some sour grapes in Oz over Wilkinson and yet Greg Baum’s proposals seem to make sense to me.

Firstly, in my playing days, I always appreciated the breakdown of play the kick to touch gave because it gave a brief respite – a reason I hated sevens; so what to make of Baum's nostalgia for the French of old:

They played a game I could understand. They ran at breakneck speed, flicking the ball between them in such lightning movements that it was sometimes impossible to know where it was.

What to do about rugby? The foremost is obvious: more points for a try, less for a penalty kick. The emphasis would change: the premium would be on going boldly to the try line, rather than butt and bullock away to force obscure infractions. But I would keep the incentive for a field goal: it adds spice.

Increasing the reward for a try could have negative impact. In professional sport, the greater the prize, the harder teams work to deny it to their opponents. Some [changes] — called the Stellenbosch Laws — were trialled in the recent Australian championship.

The advantage rule was broadened. Teams were given encouragements to play on constantly, so minimising the incidence of pile-ups and scrums. Authorities strived for a faster, more open, more constant game.

Personally, I’d like to see the following points awarded: 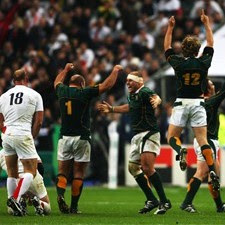