[france] dishing the dirt on segie and sarko 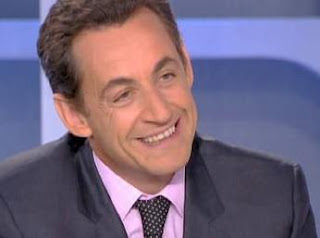 It's been a long time since this blog got into muck-raking, gutter-press, sensationalist journalism so here goes. First, the dirt on Sarko:

Doesn't move you? All right, how about this:

The satirical French newspaper Canard Enchaine is running a story which claims that in 1997, Sarkozy was sold an apartment in Neuilly for 300,000 euros (nearly $400,000) below the market rate. The catch: the same company that sold him the apartment had been granted city contracts, which was then being governed by Sarkozy.

Trouble is, he got out of that one. OK, the gloves are off now:

Nicolas Sarkozy’s second marriage nearly went on the rocks after his wife left him for 6 months [no, not to live in seclusion in some kind of monastery…] While separated from his wife, Mr. Sarkozy took a mistress [the Minister and his wife are now living together again].

Not very interesting really, is it? Let's try Segie instead:

Segolene Royal has now been living unmarried with the father of her 4 children for over 20 years.

Wicked woman! And here's something even worse, from Atlas Shrugs:

Her little jackets! They get on my nerves. I can recite her entire wardrobe from memory. The jackets rotate like a school canteen menu. 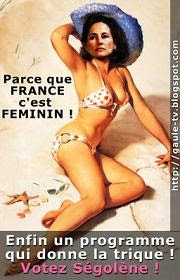 I know, I know. All right, this one's really, really bad - she's still gaffe prone. Would you believe she still looks good in a bikini?

Let's see you get out of that one, Segie!