, the Hugo Chavez look-alike, runs nearly one of the best Conservative blogs on Iain Dale’s list at the moment, he was an officer in the Territorial Army for over 15 years [looks too young for mine], was a one year resident in Scotland until they sent him home to think again, is the next member for Lewisham East, runs pictures of pretty girls on his site and 79% of respondents were in favour of him joining the Goldlist but as a blogger, he is clearly on the A list. Here he is, swimming about in a piece of Lewisham skullduggery:

It was always the case that the parties involved in the Ladywell Pool campaign would make political capital out of the decision to keep it open. Everyone writes their part a little bit bigger, a little bit bolder than in reality it was. I can forgive them that. But it takes some kind of brass neck for Steve Bullock to claim credit for it's saviour. See here for the leaflet.

2…Daily Pundit is a full-on, mainstream, no-nonsense, at-you blogger whose catchcry, Yo Churchill! sets the scene, his concern being the British sphere, even down to listing Government Departments, which presumably he uses for background material. But his interests are broadly international and he runs link after link down his sidebars, like an aircraft instrument control panel, everything at his fingertips and ready to press into action - a man after my own heart [look at my own sidebars]. Where we differ, his undoubted talent aside, is that Daily Pundit is also concerned with scientists, pointing out that there are two kinds: those who are peer reviewed, the true scientists and then there are those who yearn for a certain outcome and set about creating the needed data to make it so, requiring grants along the way. What this says about Daily Pundit himself is not clear.

I was just about to say what a good day it's been for Labour to 'bury bad news'. Then I popped over to the Government News Network, a central hub for department press announcements, only to read this: 'The News Distribution Service is currently experiencing some technical problems, which have caused some old press releases to be spuriously re-issued.' Surely that's the norm?

Another 12 bloggers here …
Inflicted on you by James Higham on Tuesday, November 21, 2006 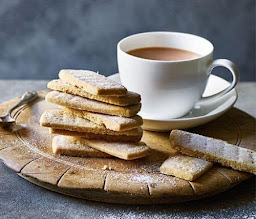