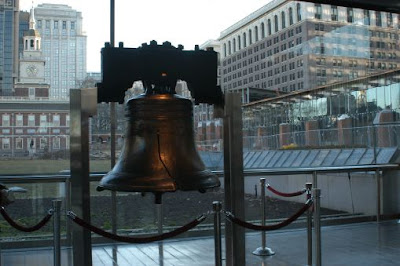 The most important thing is to tell it as it is, even if it costs you big in terms of readership. If the truth runs contrary to popular opinion, that's no reason not to tell it.

The President-Elect began the day in Philadelphia, the cradle of American democracy, and travelled by train to Washington DC, seat of the nation's super power. In so doing, he followed in the wheel tracks of the man who enabled the first steps that have taken black Americans from slavery to the world's most powerful office.

Bentsen once said to Quayle: "Senator, you're no Jack Kennedy," and anyone could say to Obama: "You're no Abe Lincoln." In fact, the cynical train journey by the non-president is a travesty, an insult to the American people.

As for the American people themselves, they've been hoodwinked in the same way Britain was with Blair.

Stop the rockets and all the rest follows.

When the American War for Independence came to an end at Yorktown, the British, stunned at their defeat, stacked arms while a band played "The World Turned Upside Down." At the time, the musical selection must have seemed particularly apt. After all, who could have predicted the defeat of the world's foremost naval and military power by the band of rag-tag citizen soldiers fielded by the Colonies?

It's as well to look yet again at the elite's manifesto:

Marriage and the family

Pornography, the gay mafia, feminism and the predictable male backlash, along with the tame reconstructed male, domestic violence which is never explored for its true antecedents, the rise of the unsocialized young male and now female, the dumbing down of education, agendas of destructive organizations like planned parenthood and the detested CSA, the controlled MSM, a new generation which knows nothing of ordered society - all contribute to the destruction of the family unit and marriage as its binding glue.

Active assault on their maker

If the notion of a deity is as much a myth as the socialist, atheistic humanists like to make out, why the need to take out ads on the sides of buses? They've got quite a psychological problem, poor souls. One can only smile the way they trumpet the rationale as supporting "free speech".

Er ... exactly the opposite, actually but still - these people never can see this.

They like to portray themselves as the voice of reason but all they're really doing is taking part in the same suppression that they're purportedly railing against and can't see their hypocrisy for what it is. Why does the existence of their maker send them into such apoplexy?

In his keynote address to the Association for Childhood Education International, in April, 1972, Chester M. Pierce, Professor of Education and Psychiatry in the Faculty of Medicine at Harvard University, proclaimed:

"Every child in America entering school at the age of five is insane because he comes to school with certain allegiances toward our founding fathers, toward his parents, toward a belief in a supernatural being. It's up to you, teachers, to make all of these sick children well by creating the international child of the future."

Inflicted on you by James Higham on Sunday, January 18, 2009